It promises to be a big European night at Paradise tonight as a sell-out stadium is packed with the greatest fans in the world hoping to cheer their team onto the last 16 of the Europa League.

Tonight’s game starts with a 1-1 aggregate scoreline, the Bhoys with a vital away goal and they will need to keep tonight’s visitors scoreless for their visit to Glasgow’s East End.

Neil Lennon was forced to go back to one striker last week after Leigh Griffiths picked up an injury. Celtic have looked transformed in 2020 since the manager’s masterstroke of changing the champions formation. This change has served him well domestically but there were question marks over whether the Irishman would back his new shape in Europe.

Tonight Neil Lennon has gone with a change of shape but his hand could have been forced with injuries and suspensions. Most of the changes are an easy call and the Celtic manager has some big players on the bench tonight if things are not going the Hoops way. The main thing tonight will be a clean sheet and that seems to have has an impact on the selection too. 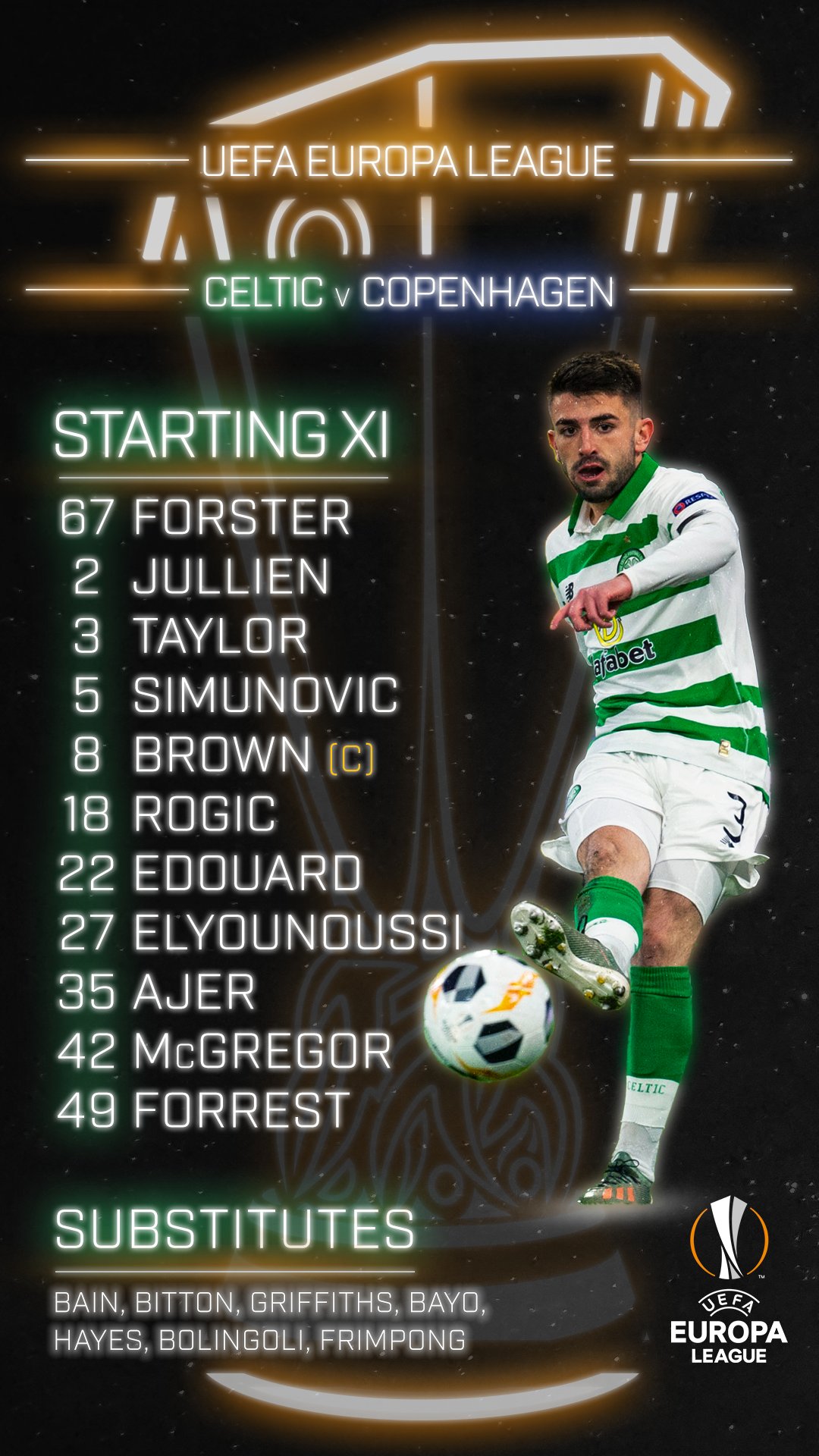