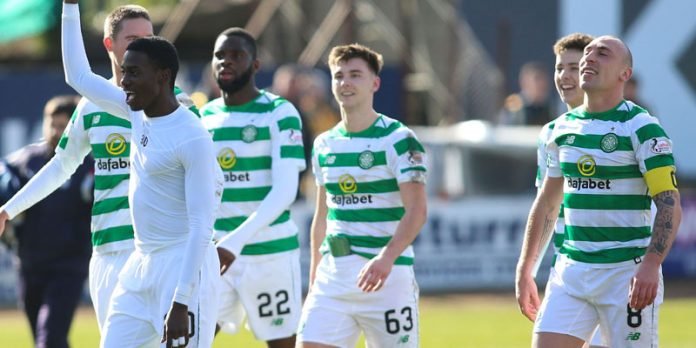 Since making his move down south, former Celtic left-back and academy graduate Kieran Tierney has simply gone from strength to strength, earning a fan’s favourite status amongst many Arsenal fans.

His performances have been so impressive that the 24-year old has even recently been linked with a potential £50 million to European giants Real Madrid in recent weeks, with Celtic looking to net even more profit on the ex academy player.

However, it could have been a little different for Tierney had former Scotland internationalist Pat Nevin got his way.

Nevin recently revealed that he tried to entice his former side, Chelsea, to sign Tierney from the Hoops, describing the left-back as a ‘world class’ player. But the Stamford Bridge side opted to go for Ben Chilwell instead.

“I tried to get Chelsea to buy him four years ago, but they didn’t listen and ended up signing Ben Chilwell from Leicester City for twice as much as Kieran would have cost them,” he said, speaking to Squawka.

“If Kieran did join Real Madrid, then I’m convinced he would have no problem fitting in there. He wouldn’t need time to settle or adjust.

“He hasn’t peaked yet, which is quite frightening. When I first met him, he was a confident boy, but he’s subsequently gone beyond that to have this total and utter belief in himself, and you can see it by the way he carries himself on the pitch: you just think: ‘He’s got it.’

“Kieran is already one of the best footballers on the planet. He’s more than comfortable in the Premier League, which means he could play anywhere. I genuinely believe he can go on to win the Ballon d’Or.”

From his early days as a first-team player under Ronny Deila, when he earned the left-back position from Emilio Izaguirre, it was clear to pretty much every Celtic fan that Tierney would go a long way in football.

He has since shown why that is the case, after winning trophy after trophy with his boyhood club, before impressing in the English Premier League most weeks.

You have to wonder how Chelsea looks at him now, given they would have had the opportunity to pick up a quality full-back for such a bargain price at the time.

It is exciting to see where his career may be headed next, with the Real Madrid rumours continuing to linger.