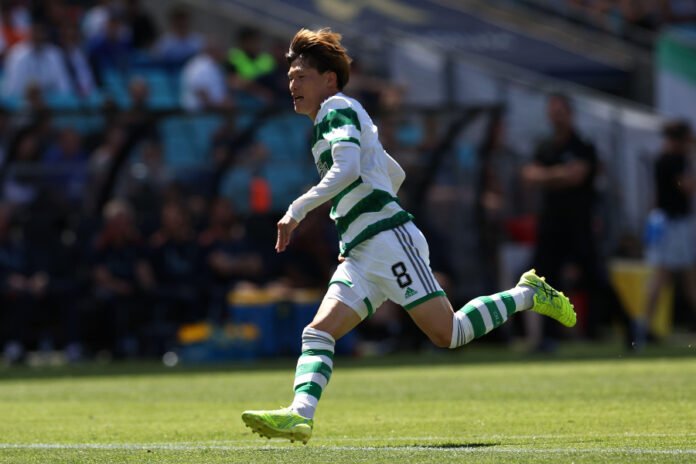 KYOGO and LIEL ABADA used a goal celebration today to say farewell to the outgoing Josip Juranovic as the defender gets set to join Union Berlin.

Celtic eased through into the next round of the Scottish cup, defeating Greenock Morton 5-0 on the day. Kyogo grabbed a brace in the first half to help Celtic on their way, and during one of the celebrations, the Japanese striker and Abada decided to mimic Josip Juranovic’s famous celebration by putting their fingers to their ears.

Josip is expected to finalise a deal away from Celtic over the weekend and the players are clearly showing there’s no hard feelings and are wishing JJ well ahead of the move.

It again speaks to the atmosphere in the dressing room. All these bhoys are doing the best from one another and they know football is a short career. Juranovic is going to get a bigger salary and play in a top league by moving to Union Berlin. We can’t fault his desire to move on.

All we can do is wish JJ well for the future and thank him for the past 18-months where he helped Celtic to a famous League and Cup double.