POLICE have released footage of the person who stole an iconic Celtic shirt from a football museum in Manchester in a bid to find the jersey and the culprit.

The horrible peoples sponsored jersey was on display on the third floor of the venue and it was brazenly taken by a member of the public last month.

The Police are hoping to get to the bottom of this by releasing the image below. 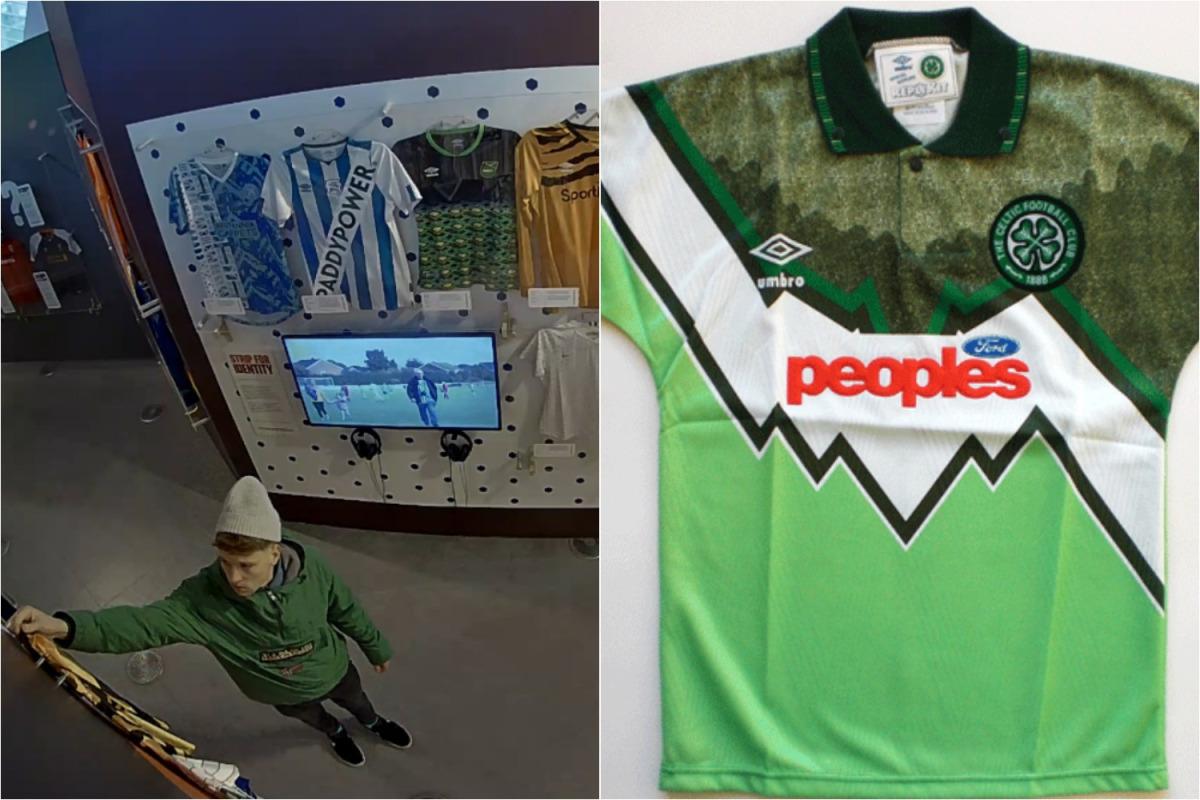 The jersey has become iconic for how bad it was. An early 90s Umbro effort with the red sponsor. It was one in a long line of bizarre 90s jerseys many supporters now like due to nostalgia.

These shirts in their original form are hard to come by nowadays. The resale value in shirts like this can go into the £100s. We’ve saw a rise in people buying old jerseys and collecting them. Hopefully, this one is found.

Police Constable Mohammed Niazi of GMP’s City of Manchester District said: “The Celtic football shirt that was brazenly taken by a member of the public was a rare and unique item and officers are doing all they can to find whoever is responsible for this theft.

“As a result of our strenuous enquiries and work with the National Football Museum we have now been able to release this image in the hope of talking to the man in this photograph.

“I understand that the incident happened at a very busy part of the day in a central part of the city centre therefore if you recognise this man or were in the football museum at the time of the incident and saw anything unusual or suspicious that that could help with our investigations please contact police.”