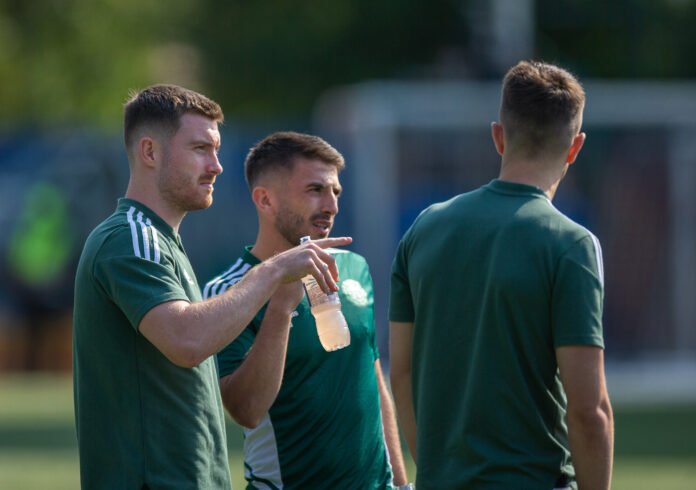 Celtic defender Anthony Ralston has spoken of his disappointment after the Scottish champions were defeated 2-1 in their opening game of the Sydney Super Cup.

This was the first of two games with the Hoops set to take on English Premier League side Everton on Sunday at the magnificent Accor Stadium in front of a large crowd.

Celtic controlled majority of the second half after a very open first 45 minutes but failed to take their chances and were punished by a terrific effort from Max Burgess.

Ange Postecoglou was quick to bat away any excuses for his side after the defeat with him being asked whether jet lag was potentially a factor in the teams performance.

His players took responsibility for it after the game with Ralston frustrated that the players had let the fans down with there being a relatively good turnout for the first match at the Allianz stadium with a crowd of around 20,000 at the match.

“Our intent was to come and put on a show for the fans so it’s disappointing from that aspect.

“It was nice to see the turnout from the fans who rarely get to see us.

“But we are disappointed first and foremost.

“It doesn’t matter whether it’s a friendly or a cup final, you don’t want to lose.

“The only positive you can really take is it was good to get 90 in.

“As a collective we weren’t on it and there’s no excuse for that.

“We let them play through the middle too easy and didn’t take our chances.

“We’ll analyse it and see where we went wrong.”

Postecoglou wants to use this trip to Australia as a chance to prepare for the second part of the season after coming off the back end of a heavy fixture schedule.

The Hoops were by no means at their best today and will look to improve their performance against Everton on Sunday. It was good to see some fringe players get some minutes under their belts and also get the opportunity to see players such as Rocco Vata, Bosun Lawal and Scott Robertson feature.