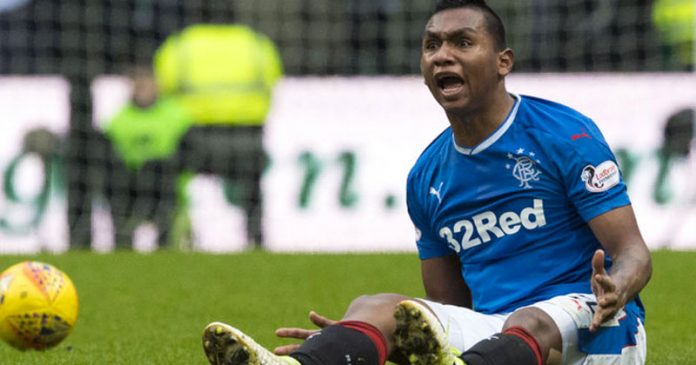 SKY SPORTS Pundit Davie Provan has laughed off suggestions about a new and improved Alfredo Morelo when it comes to discipline after the player saw red at Motherwell.

The Ibrox striker gestured to the home support after scoring which got him a second yellow and hi marching orders. All season, many in the media and noises from Ibrox have spoke about the player turning over a new leaf but Provan has scoffed at that suggestion and wonders just exactly what Morelos would do if he scored against Celtic.

“SO much for the improved discipline of Alfredo Morelos.” Provan wrote in his Sun Column.

“The Colombian’s needless red card at Fir Park was a kick in the teeth for his manager and team-mates. 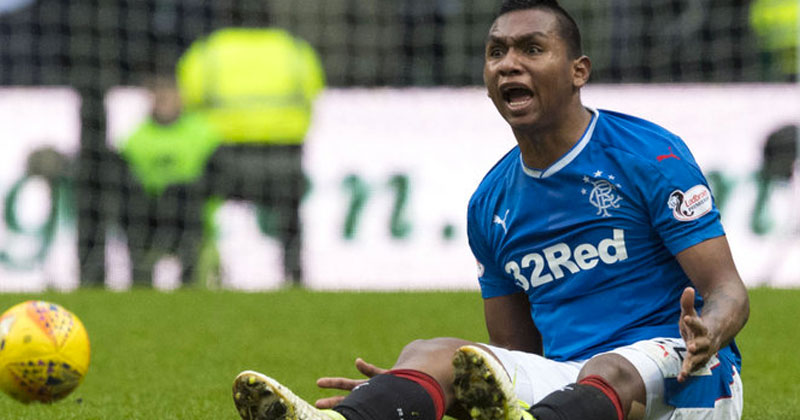 “Spare me the idea he was reacting to abuse. Stick is part of the game.

“And if Morelos can’t be trusted to rein it in at Motherwell, what can Steven Gerrard expect if he finally breaks his duck against Celtic next Sunday?”

Given the striker was up to his old tricks at Hampden, trying to hurt Celtic players and getting away with it. Incredible he didn’t even receive a yellow on the day.

Morelos is yet to score against Celtic in over 12 attempts. The striker has found no way past the Celtic goalkeepers – even with a penalty and a couple of open nets.

It’s something that has got inside his head and if he were to score, you would imagine his reaction wouldn’t be placid given the amount of stick he’s endured over the last two years for the short coming,

It’s up to t Celtic to make sure we don’t find out the answer to that question on the 29th.