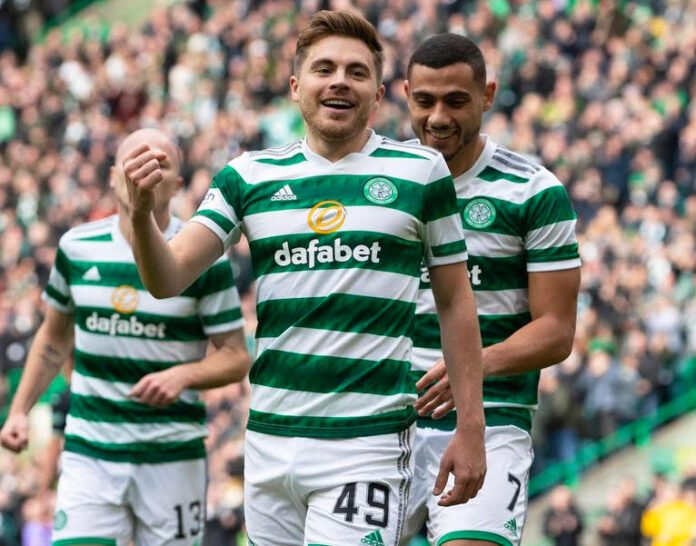 JAMES FORREST hit 100 goals in style, netting a hattrick in Celtic’s 6-1 win over Hibs in October.

The Celtic captain Callum McGregor presented James Forrest with a special framed signed shirt and a signed ball from the matchday. The jersey had the winger’s name on the back with the number 100, his teammates also signed it.

Forrest has had a fair bit of game time this season after really struggling for minutes last term. He’s remained injury free and has netted the ball five times in all competitions so far, averaging a goal every 79 minutes. The Scottish winger has already beaten his goal tally from last season.

The 31-year-old has a few years left on his contract and is still contributing to the squad. After this season, he’ll have two years left at the club.

He’s been a great player for Celtic, rising through the academy to writing his name in the history books. James certainly has his place in Celtic history.