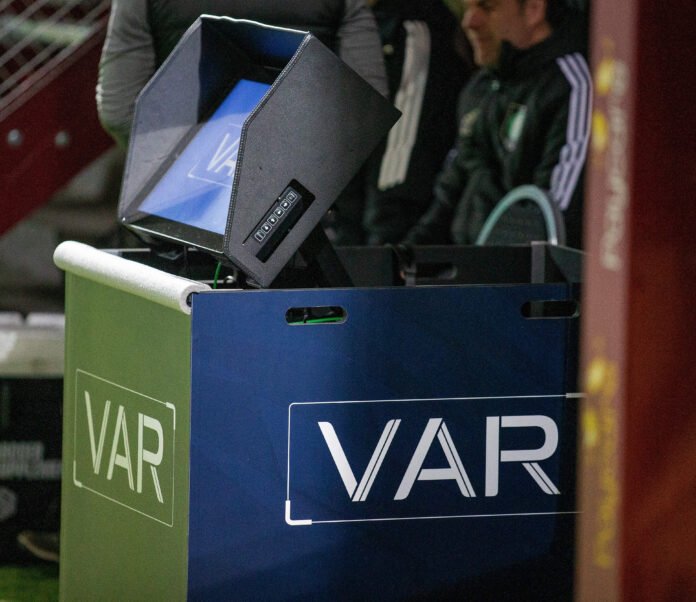 Celtic conceded their fourth penalty of the season at Celtic Park on Saturday afternoon. The ridiculous decision by VAR to hand [pun intended] Ross County a spot kick was the latest in a line of strange decisions.

Celtic conceding four penalties already this season seems high, but where do they sit on the SPFL penalties conceded chart?

We looked at the data and found Celtic are fourth overall for penalties conceded; behind St Mirren, Livingston and Aberdeen.

All Celtic’s SPFL penalties have been given since VAR came into play. Two penalties were given against the Hoops at Tynecastle, one against Dundee Utd and the other against Ross County. Despite the penalties, Celtic have came out on top in every one of the aforementioned games. Rising above some of the dubious decisions. 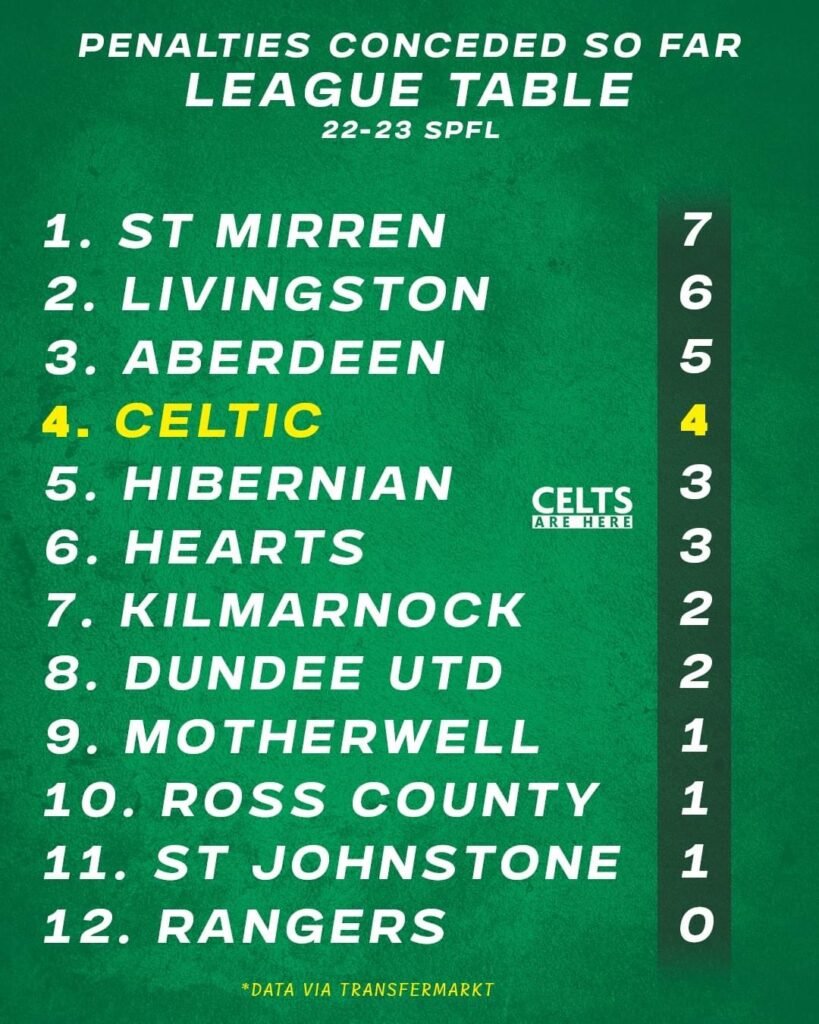 Matt O’Riley’s comments after the Ross County game said it all. The midfielder questioned the strange decisions the club appear to be on the receiving end of. Despite that, the bhoys keep finding a way to win.

Ange Postecoglou felt like he needed to draw a line under all the VAR chat after the Ross County win. The Celtic manager told CeltsAreHere: “We don’t have to talk about it [VAR]. I think me talking about it the last few weeks has done my football club no favours. I’ve said my piece and from my perspective, what I’m focusing on is a group of players who are doing this football club proud. We just have to keep winning”

The bhoys go into the World Cup break with a massive nine point lead, but there will be nobody at the club that’s taking anything for granted. Maybe we’ll see a reduction in the penalties we’re conceding upon our return. As far as penalties won go, the bhoys have been awarded just one.