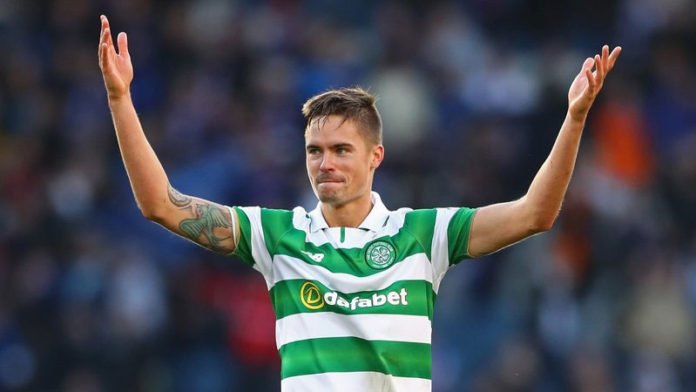 MIKAEL LUSTIG has helped navigate his country to the World Cup quarter finals but will play no part in their next tie against England or Columbia after picking up another yellow.

The Swedish right back passed the threshold and is now banned for the quarter finals after Sweden won a scrappy game against Switzerland in St Petersburg today.

Lustig will be hoping his countrymen will be able to keep their momentum going in the quarters and make it to a semi final where he’d be refreshed and ready to go.

All eyes will now be on tonight’s tie between Columbia and England to see who the Swedes will be up against.

Lustig joins fellow Celtic player Dedryk Boyata in the semi finals with both stars flying the flag for the Hoops in Russia.