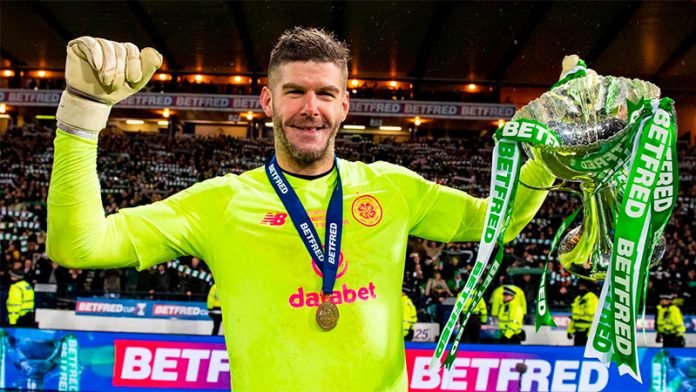 It’s his job to get people talking, no matter how ludicrous the comments are and Adria Durham has certainly crossed the line from engaging football content to an absolute meltdown over his pet side not winning the Scottish League Cup.

Durham, who really despises Celtic for whatever reason regularly sticks the boot into a side that’s won ten domestic trophies in a row but in a sensational rant the pundit questions whether it was fair for Celtic to have Fraser Forster in goals considering Celtic couldn’t actually afford his wages.

For a man whose job it is to understand football clearly can’t fathom what loan deals are for, why they’re used – or more likely, he has no problem with them unless they hand Celtic a boost.

“Is it really fair that he’s kept goal for Celtic??” ?

“Southampton have just won the Scottish Cup for Celtic! Isn't that cheating?” ?

I’m sure Durham will go on a similar rant about The Rangers racking up over £10m debt to field a team that could even make the final. Then again, maybe not.

This is pure, unadulterated extra gravy for the Celtic fans who are still buzzing after the final win.

Up the Fraser Forster.