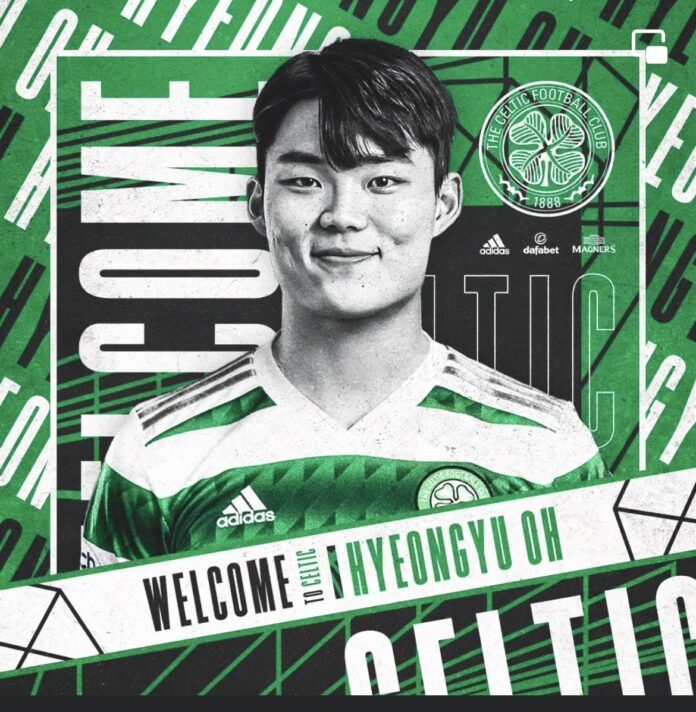 ANGE POSTECOGLOU has added a fourth January signing to his squad. The deal for Hyeongyu Oh was announced on Wednesday morning as Celtic add to their firepower up front.

The deal has been weeks in the making and really only happened because Oh pushed for the deal. Suwon Bluewings weren’t keen on selling their striker, but Hyeongyu kept pushing to make the deal happen. The 21-year-old was never disrespectful but made it clear to his manager he was desperate for a move to Glasgow.

Ange told the Celtic Website: “I know that he had his heart set on joining us too and that his own perseverance has been crucial in making this deal happen, so his determination to join Celtic has been very clear.”

As usual, the club had a behind the scenes video ready to go for the deal being announced. The cameras caught the moment Ange and Oh met in-person for the first time and it’s pretty heart warming. The Celtic manager embraced the striker with a big hug!

We can’t wait to see the striker in action once he’s ready to go.

Ange showing once again he will leave no stone unturned in the search for talent. The K-League is a completion of massive interest to the Hoops scouting team.

Oh’s signing should expedite Giakoumakis’ exit from the club in the coming days.