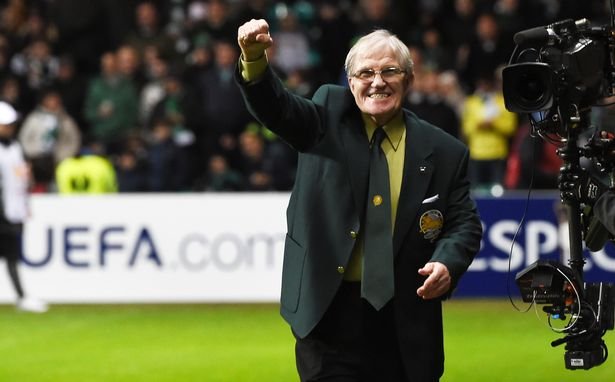 The Celtic family is in mourning this evening after the sad passing of Celtic legend Bertie Auld at the age of 83.

Bertie was a hugely popular figure among the Celtic support through the years, long after he hung up his boots.

Sharing his stories with Celtic fans through the years and always lending his time to the support whenever he was asked.

Bertie has long wrote himself into Celtic folklore for being part of the side that brought home the European Cup back in 67. However, the biggest compliment we can pay him is the man’s work throughout the years, representing the club officially and unofficially will be what he is remembered for the most.

A man who bled Green and white, who would raise a cheeky smile and was always game for a Celtic song or two. He was adored by the Celtic support, and the feeling was very much reciprocated.

A wee bhoy from Maryhill making the big time at Celtic. Debuting in 1957 for Celtic, Auld would spend two stints at the club; amassing 6 league titles, 4 Scottish Cups, 5 League Cups and of course, the European cup.

A quote from the great man himself shows how humble he was after all he had done for the club.

The Celtic legend was diagnosed with Dementia towards the end of his life – a horrible and debilitating disease that has affected so many lives.

We can only extend our heartfelt sympathies to Bertie’s nearest and dearest and hope they find some comfort in the love the Celtic support has for Bertie.