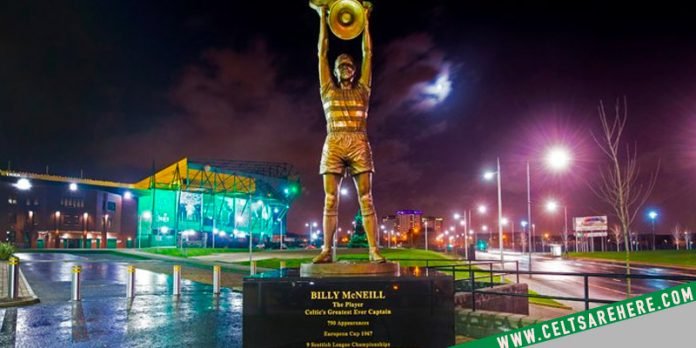 Every great story has a beginning and today marks 56 years since Celtic’s Lisbon adventure began.

Having never competed in the European Cup, Celtic hosted Swiss champions FC Zurich at Celtic Park in the first round of the competition.

Zurich who had assembled an expensive team failed to properly prepare for the game having not done any scouting on Celtic going into the match.

Goals in the game came from Tommy Gemmell and Joe McBride to secure a Celtic victory with Gemmell scoring an absolute screamer having picked the ball up on the halfway line before rocketing it past Iten in goal.

McBride had the ball in the back of the net just before full-time but it was ruled as being offside meaning that Celtic only carried a two goal lead to Switzerland the following week.

It wasn’t to prove costly for Stein’s side as they battered Zurich 3-0 away from home to win 5-0 on aggregate and proceed to the second round to be played against French champions FC Nantes with Tommy Gemmell managing a brace away from home to make it three goals in two in the European Cup.