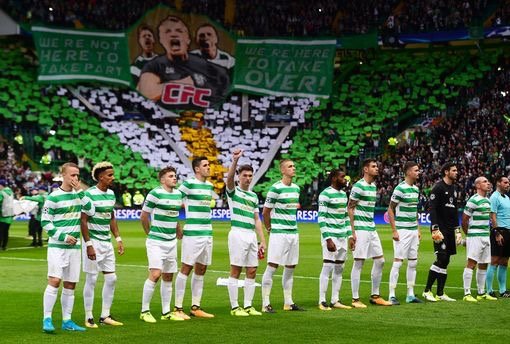 When Brendan Rodgers was appointed as manager, one of his aims was to spur Celtic on further in Europe.  The Bhoys had failed to reach the group stage of the Champions League for the previous two seasons, and it was time for a change.

Despite losing 0-1 to Lincoln Red Imps in his first qualifying game, the Irishman brought the Bhoys back to where they belong, the Champions League group stage.

The excitement that the support felt when their name was pulled out of the hat in last season’s group stage draw was a feeling revived.  Furthermore, it was a great relief for that the board were illustrating some European ambition, and backing the gaffer in the transfer market.

The marquee signing of Moussa Dembele proved to be a vital part of The Hoops European qualification.  The Frenchman stepped up to the spot in stoppage time at the end of the 3rd qualifying round with Astana, to coolly slot home his first goal, and send them into the play-offs.  Dembele then went on to slot a goal against Hapoel Beer Sheva in the round that sent Celtic through to the group stages.

The draw decided that The Bhoys would face a pool of death with Barcelona, Manchester City, and Borussia Monchengladbach.  It was a sight to see for the Celtic supporters, and they brought the atmosphere that the competition had been missing.  Unfortunately, the team performed poorly overall and were eliminated from Europe before Christmas.

That European campaign demonstrated an immense improvement from previous seasons, and this rejuvenated the squad with a positive energy that leads them to become domestically invincible.

Now, Rodgers is well into his second season in charge, and The Bhoys have qualified for the Champions League group stages again after defeating Linfield, Rosenborg, and Astana in the qualifiers.  However, for the second season running they face a tough task against the unfamiliar opponents of Bayern Munich, Paris Saint-Germain, and Anderlecht.

The world of football expects The Hoops to finish either third or fourth in the group.  Although they should not be taken lightly as any team that comes to Paradise should fear defeat.

The club is hoping to improve from last season and at very least enter the Europa League round of 32.  Furthermore, they aim to enter the Champions League round of 16 for the first time since 2013, and there is no reason why they cannot.

Celtic could get a run in the Europa League, although the decreased reward money compared to that of the Champions League is less of an incentive.  They are a club that strives to be the best, and will not settle for anything less than the Champions League knockouts without a fight.

The Bhoys face Paris Saint-Germain in their opening group stage match next Tuesday.  Kick-off is 19:45 at Celtic Park.