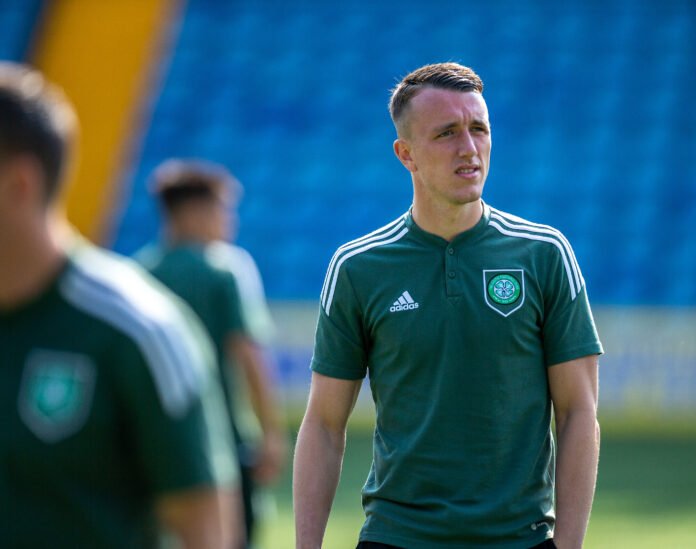 Celtic midfielder David Turnbull was chuffed after the Hoops collected all three points at Fir Park to remain seven points clear at the summit of the SPFL Premiership.

It was by no means an easy watch for any Celtic supporter but they got there in the end to add yet another victory with Postecoglou’s side having won every domestic game since the last international break.

The former Motherwell player recently returned from injury and has been increasing his minutes in recent weeks, having almost got the full 90 minutes against Dundee United at the weekend.

He came off the bench for the final 20 odd minutes of the game at Fir Park but made an impact as he picked out Daizen Maeda with a beautiful ball which the Japanese forward brilliantly executed to double the Hoops advantage and win the game.

The Steelmen instantly pulled back a goal but the Scottish champions hung on to collect yet another important three points. Turnbull’s pass was inch point perfection but the 23-year old was very unassuming when asked about the assist.

“It wasn’t too bad! I didn’t really know what happened with the throw-in and then the ball fell to my feet, I saw Daizen run, there were a few others to the right, and it was just about picking the right pass. I did that and thankfully Daizen stuck it away,” said Turnbull speaking to Celtic TV.

“It was a great three points. It was a tough game, we created some chances, not as many as we normally do, but sometimes you get days like that.

“It was about grinding out the result and the boys did that in the end and it’s a great three points.”

Celtic will play their final fixture before the winter break on Saturday as they entertain Ross County. Turnbull may be in line for a start having came off the bench at Fir Park having played nowhere near the amount of football he had at this point last season.