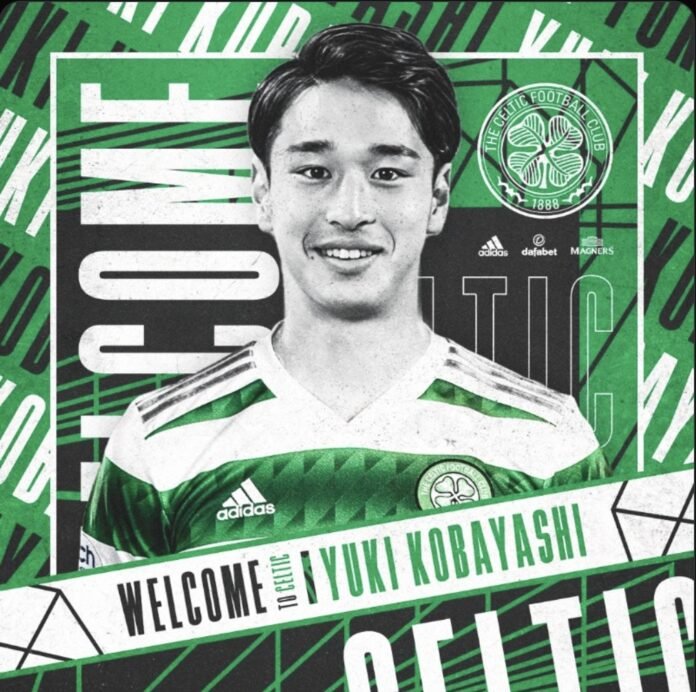 VISSEL KOBE has put Celtic fans on alert for today for the imminent arrival of their new defender. The Japanese club posted a goodbye message to their outgoing star, Yuki Kobayashi.

Yuki has signed a five-year deal with the Scottish Champions as a free agent and will meet up with his new teammates this week ahead of a rigorous mini-pre-season in Portugal.

Kobayashi will be linking up with another former Vissel Kobe man in Kyogo Furuhashi and will have plenty of company among his compatriots Reo Hatate, Yosuke Ideguchi and Dazien Maeda, who are all at the club.

Ange signed Daizen, Reo and Guchi in December last year as a trio. Knowing the Japanese game well from his time at Yokohama, the Celtic manager knows the best time to pick up players from Japan is when the J-League has reached its conclusion.

The league finished at the end of November, and with Yuki’s contract up, Celtic pounced to get their man signed up on a long-term deal.

While the Japanese defender will link up with his teammates shortly, he won’t be officially registered to play until January 1st.