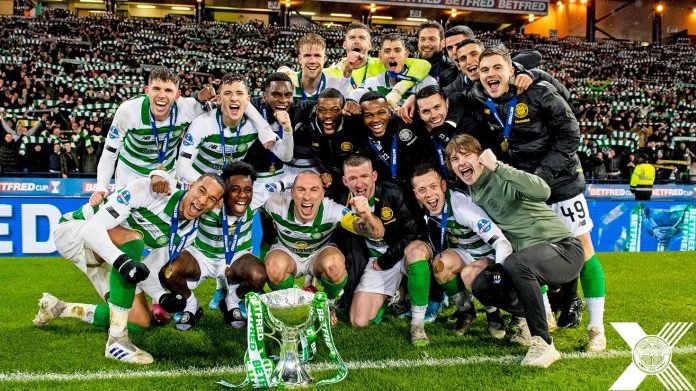 What a time to be a Celtic fan. If you endured years and years of watching your rivals claim trophy after trophy you can probably extract a little more astonishment for what Celtic Football Club has done for the past few seasons.

Ten trophies in a row. Who would have believed that twenty years ago? Celtic are now the only team in Scotland who can do a treble this season. They are the only club in world football who can win their fourth treble in a row.

With the scenes at full-time yesterday, you would swear it was Celtic who was winning their first major trophy. If anyone is questioning this teams hunger to keep winning silverware they better think again.

The fans who waited around Celtic Park last night for the team to return from Hampden is another indicator that everyone at Paradise wants more and more trophies and will revel in every single one of them.

? The #BetfredCup is back where it belongs… ?

Neil Lennon has given his squad a well deserved day off today. They might not have played anywhere near their true potential but there was still plenty of heroes on the pitch who threw limbs in front of everything the Rangers had to throw at the Celtic goal.