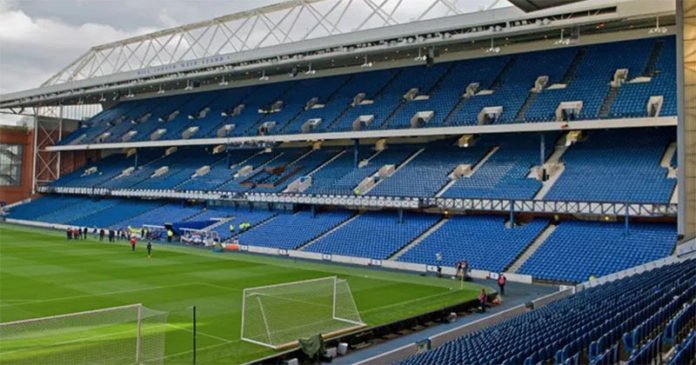 The Rangers are not known for their self awareness. The club and many of their support don’t just occupy another planet — they’re in a different universe.

Their attempt to use their latest tussle with the League to claim they’ve been bullied is just another example of it.

Also the juxtaposition over the course of a year of demanding supporters be allowed in stadiums for games to then protesting the Glasgow Derby not be moved to allow fans into the game!

However, even we had to have a double take at the latest hilarious money making scheme by the Ibrox club. They operate a ‘MyGers’ subscription for supporters who get a package at the start of every season for their money.

We don’t know if they had left over boxes from last season or they assumed they’d win the league last season but the box is the most embarrassing thing we’ve seen from them in at least ten days.

The box reads ‘we welcome the chase’

The chase? Are they goading all the teams from 2nd place down?

The quote infers they’re ahead of the pack — they’re not.

They all thought the title was in the bag last season and they watched as Celtic turned the screw and applied the pressure. Once the bhoys got ahead, The Rangers were the ones chasing — but they never caught Celtic.