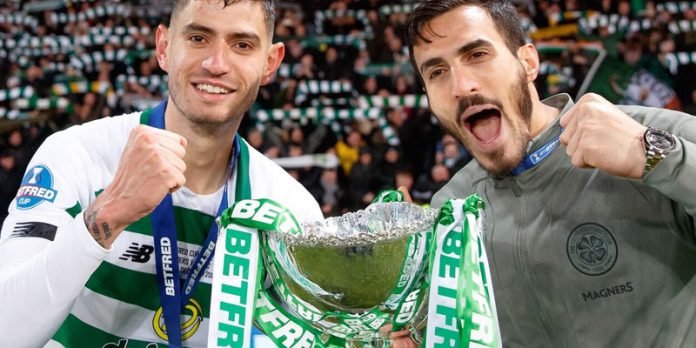 CELTIC are already well into their planning for January and beyond with the club not able to sit and rest on their laurels after a great start to the season.

So far – the bhoys have a trophy in the cabinet, they’ve topped their European group and they’re top of the SPFL.

Nicky Hammond is the man tasked with making sure Celtic are prepared for any eventuality in January and will be working hard to look for targets and will know who is part of Celtic’s immediate future and who isn’t.

Nir Bitton is one of the players who is weeks away from entering the last six months of his deal and there’s still no clarity about what’s going on.

Neil Lennon said there have been talks but when Nir was asked about staying at Celtic, he said:

“It’s something you need to ask Peter Lawwell instead of me but I love this club and I want to stay. I am settled here, my kids live here, so we will see.” Nir told RecordSport.

Right now, this scenario has all the markings of the summer breakdown in talks between Celtic and Mikael Lustig with the Swede looking to stay but Peter Lawwell not playing ball with the defender.

Nicky Hammond and Neil Lennon might see value in a new deal for Nir but if Peter doesn’t – the midfielder turned defender doesn’t stand a chance.