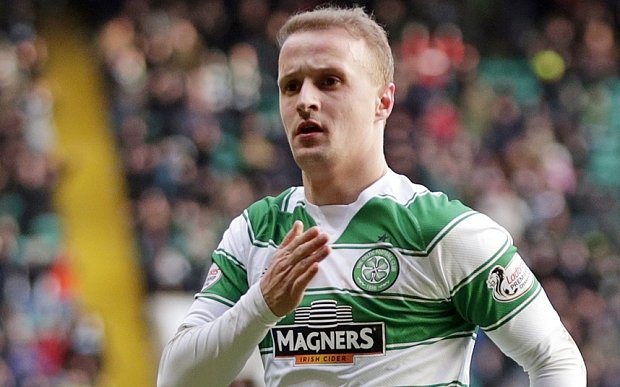 LEIGH GRIFFITHS scored the only goal of the game today before going off injured shortly after.

The Scottish international slotted the ball away in the six-yard box, Hibs unable to keep his shot out after a great swinging ball by Kieran Tierney.

After Leigh had scored he didn’t celebrate and put his hands up to the Hibs fans as almost to say ‘sorry about that’.

Most of the comments on social media and at the game were in support of Leigh’s decision not to celebrate; understanding that Hibs are his former club and his boyhood team.

Of course, Leigh was delighted to get on the scoresheet and took to Twitter afterwards to express his delight at the goal.

Gutted to come off injured, but delighted to help contribute and get us 3 points! Il be back hungrier than ever to reach that ? goal mark! ??? pic.twitter.com/RiNs9ftFZt

It was a tough game for Celtic, seeing Craig Gordon also go off injured in what looked like a nasty collision between the goalkeeper and Efe Ambrose.

Dorus de Vries came on for the second half and gave a very good account of himself.

It wasn’t the greatest of second half’s from Celtic but they managed to get the three points in the end.