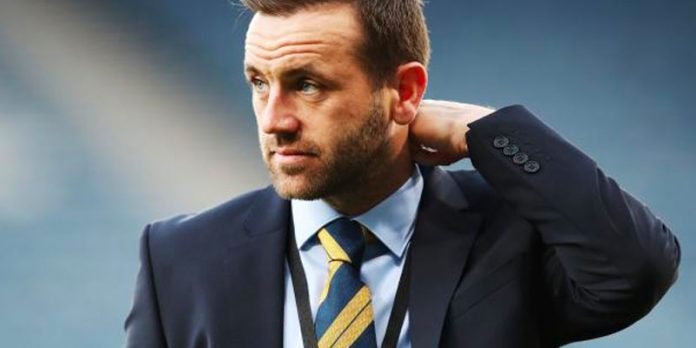 Celtic have to keep winning, it’s as simple as that. The bhoys can’t afford any slip ups in the coming weeks if they’re to mount a serious title challenge. That fact isn’t lost on Sky Sports pundit, James McFadden.

Speaking ahead of this weeks fixtures, the former Scotland international believes Celtic can’t afford to look at what Rangers are doing, they simply must keep winning.

While speaking about Celtic, the former Motherwell man heaped praise on David Turnbull who has made the breakthrough at Celtic over the last month.

Turnbull signed from the Steelmen in the summer after a failed medical last summer out the move on ice for a year.

After signing for Celtic, David had had to wait for his chance but when he got it, he hasn’t looked back.

Speaking about Celtic and the man of the moment, James branded the former ‘Well youngster as ‘absolutely magnificent’.

“I don’t think there’s any margin for error for Celtic. They have to keep winning, forget what’s happening with Rangers.” McFadden told Sky Sports.

“They can hope they drop points of course, but they need to make sure they’re winning games. They are on the right track, and their form is picking up.

“The introduction of Edouard, along with Griffiths, like last season, will prove crucial for them in order to win games.

“David Turnbull has been absolutely magnificent since stepping into the side, and they are improving. It’s all about building towards this big game at the end of the week.”

David is likely to start both the Dundee Utd and Glasgow Derby tie this week and he’ll be hoping he can continue to make an impact on this resurgent Celtic side.