Celtic are aiming for a historic never done before ‘treble treble’ today as they square up against Hearts in the Scottish Cup final.

If that was not enough of an occasion in itself, the game has been dubbed the “Hero’s Final” to celebrate the life of both Stevie Chalmers & Billy McNeill. All the Celtic players will wear both the number 5 & 9 on their shorts to honour the two Lisbon Lions heroes.

The Bhoys have yet to concede in the Scottish Cup this season and they have won all their four games so far by at least two goals. Lennon will be hoping the team he picked today can keep that form going. The bad news is that Kieran Tierney has not made the team today and Jonny Hayes will play at left back.

After his brace last weekend against Hearts Mikey Johnston holds on to a starting place while the impressive Dembele also keeps his place on the bench. Both players lit up Celtic Park last week, Celtic fans will be hoping for more of the same today. 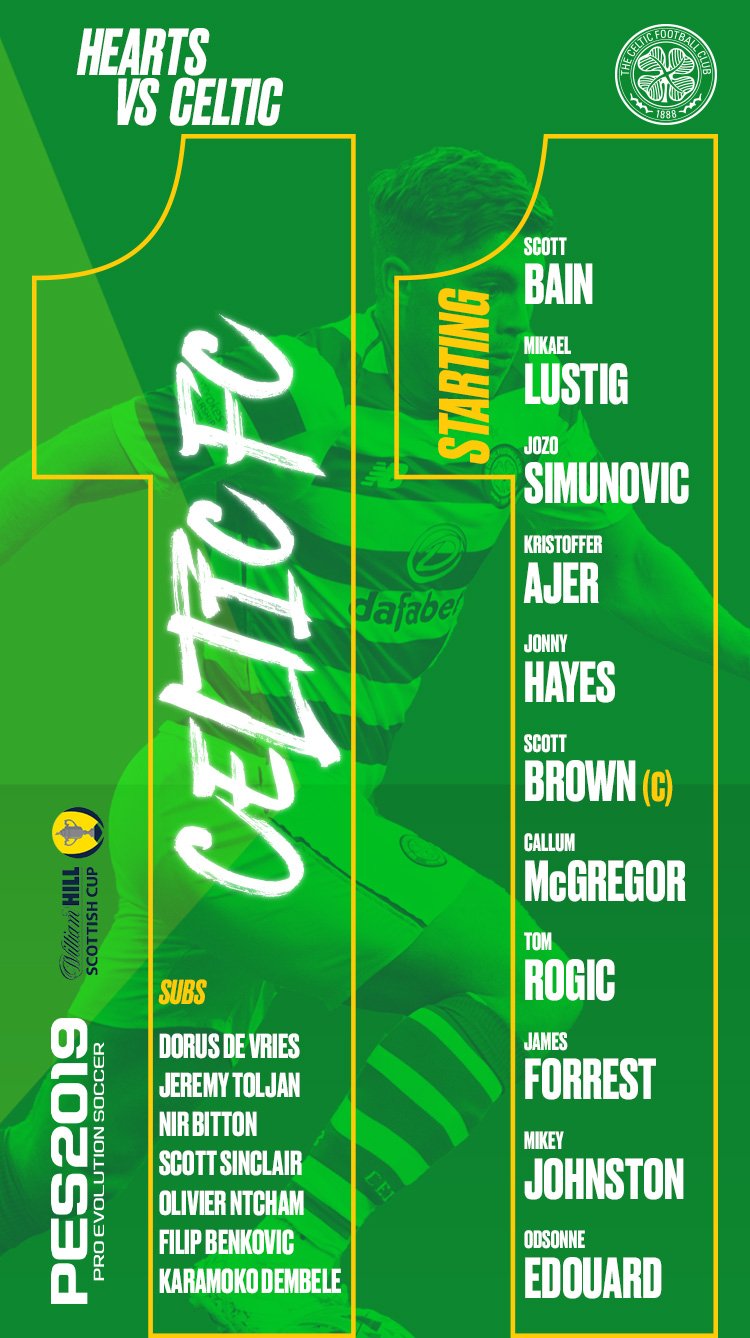 Fans will also be happy to see James Forrest back in the starting line up. The team has so many match winners the Bhoys should pose a real attacking threat. Can this Celtic team re-write the history books today?