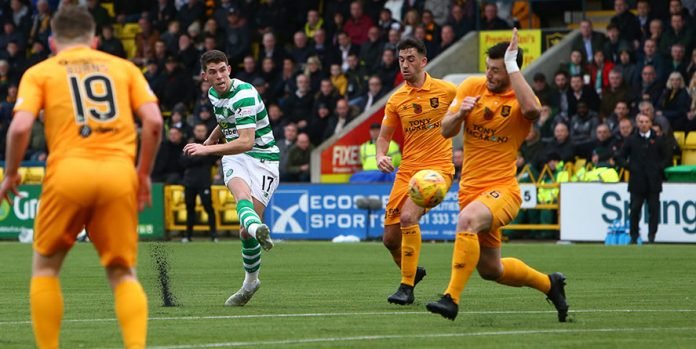 Former Celtic midfielder Ryan Christie admitted he continues to keep a close eye on his ex side and teammates as the Scotland internationalist opened up on his experiences of playing in the Glasgow Derby.

The 27-year old enjoyed some success against the Ibrox side, playing a key role in lifting a treble in both the 2018/19 and 2019/20 campaigns. But he wasn’t able to enjoy the same success after an extremely disappointing season last year.

The attacking midfielder started the season with Ange Postecoglou and his side and looked to be enjoying life under the ex Socceroos boss in the early games.

However, with his contract running down, he ended up making a move to join English Championship side Bournemouth on the final day of the summer transfer window, having suffered a derby loss at Ibrox the day before.

Speaking to Go Radio, Christie spoke briefly about his experience of playing in the fixture whilst also insisting that he continues to keep an eye on his former teammates, who have overseen a brilliant turnout this season.

“I got lucky enough to play in plenty Old Firm’s before I left Celtic, and whenever they come around now, I’m still eager to tune in and watch them.

“Everybody around you, obviously the first question they ask you when it’s on is ‘what it’s like to play in? and ‘how good is the atmosphere.’

“You always just tell them how amazing it is and how much it’s kind of built up around the whole country whenever it’s on.

“I’m still looking on supporting my old teammates and pals.”

Despite not having the best end to his career in Glasgow, it has been good to see the support of Christie, including being pictured at a supporters club down south during the 3-0 win over Rangers in February.

The midfielder could be in line for a league medal come the end of the season if Ange Postecoglou and his squad are able to secure the title in the final five games of the campaign, which they are in a good position to do so.

It is crazy to think that Christie was still a Celtic player during this same season, which has felt incredibly long with the journey this side has gone on in recent months.

Now, we have the likes of Matt O’Riley and Reo Hatate, as well as old familiar faces such as Tom Rogic, to cheer on and hope they can make an impact at Hampden Park this Sunday.