Tonight’s game has turned into a bit of a grudge match, the behaviour from Lazio fans over the past couple of week has left a bad taste in the mouth. It would be even sweeter to beat this team now after their fans attacked Celtic fans last night in Rome.

There will be no love lost tonight and Celtic have played themselves into a fantastic position to qualify for European football into next year.

Neil Lennon confirmed yesterday that Bolingoli, Rogic, Griffiths and Johnston did not travel with the team. That only really posed one question, who was the Irish man going to select at left-back?

Some Celtic fans have said Neil Lennon has a soft spot for Jonny Hayes and it is the Dubliner that gets the nod from his manager tonight. The rest of the team has no surprises in it. Fraser Forster was a massive part of Celtic’s win a few weeks ago and fans will be hoping he can be his usual wall tonight.

Scott Brown might fancy a goal tonight after a rare brace the weekend but Celtic are not short of goal threats in tonight’s team, but it was Jullien who got the winner at Paradise. Kick-off is at the earlier time of 17:55 in case you didn’t already know. 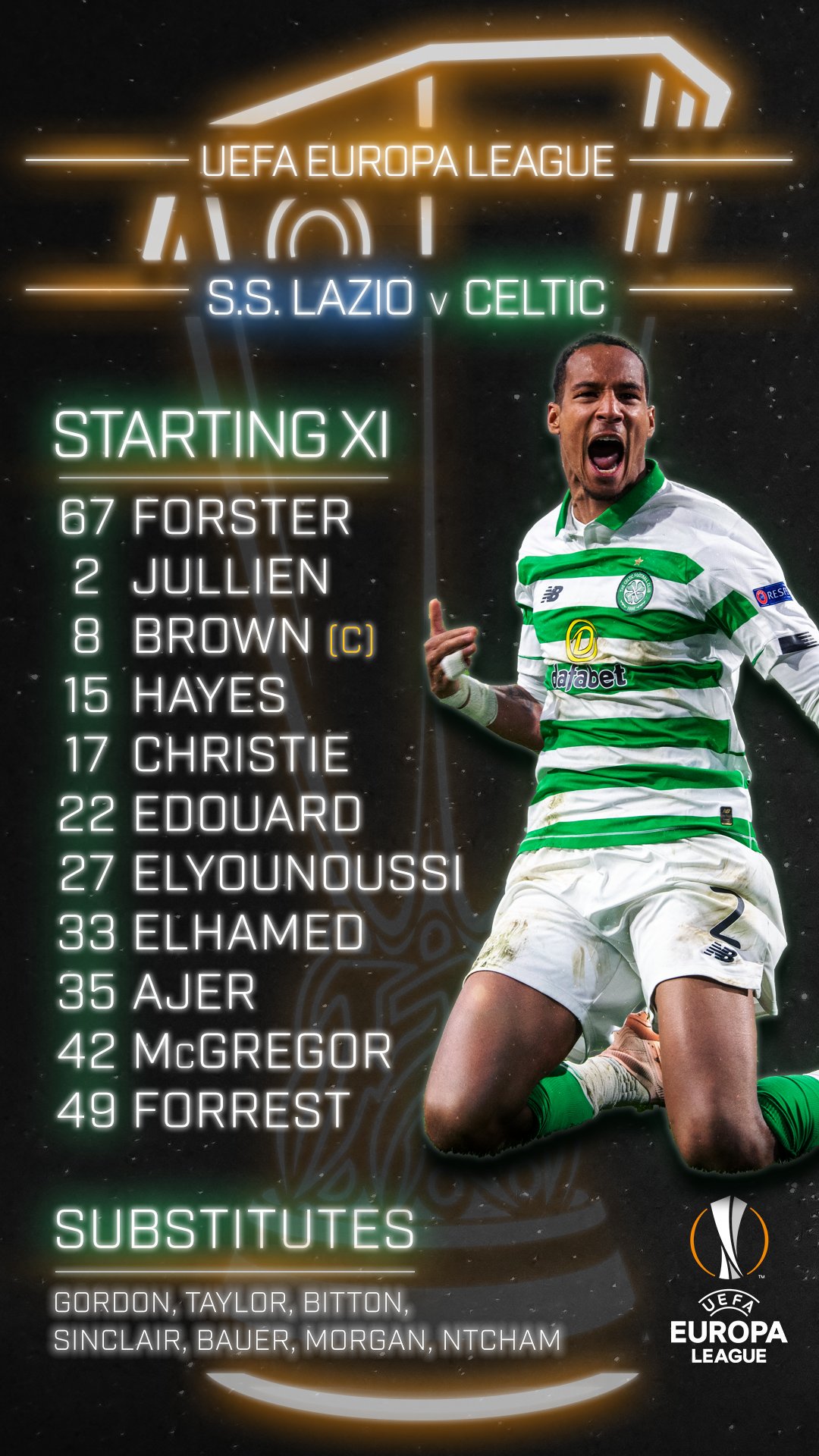