The Scottish Cup team is out and there’s a lot to talk about!

Guchi gets his first start for Celtic, both Giakounmakis and Maeda in the team, with Maeda likely out on the left.

Ange is not messing around and hasn’t weakened the team much – if any.

One notable omission is Cameron Carter-Vickers who has the day off. 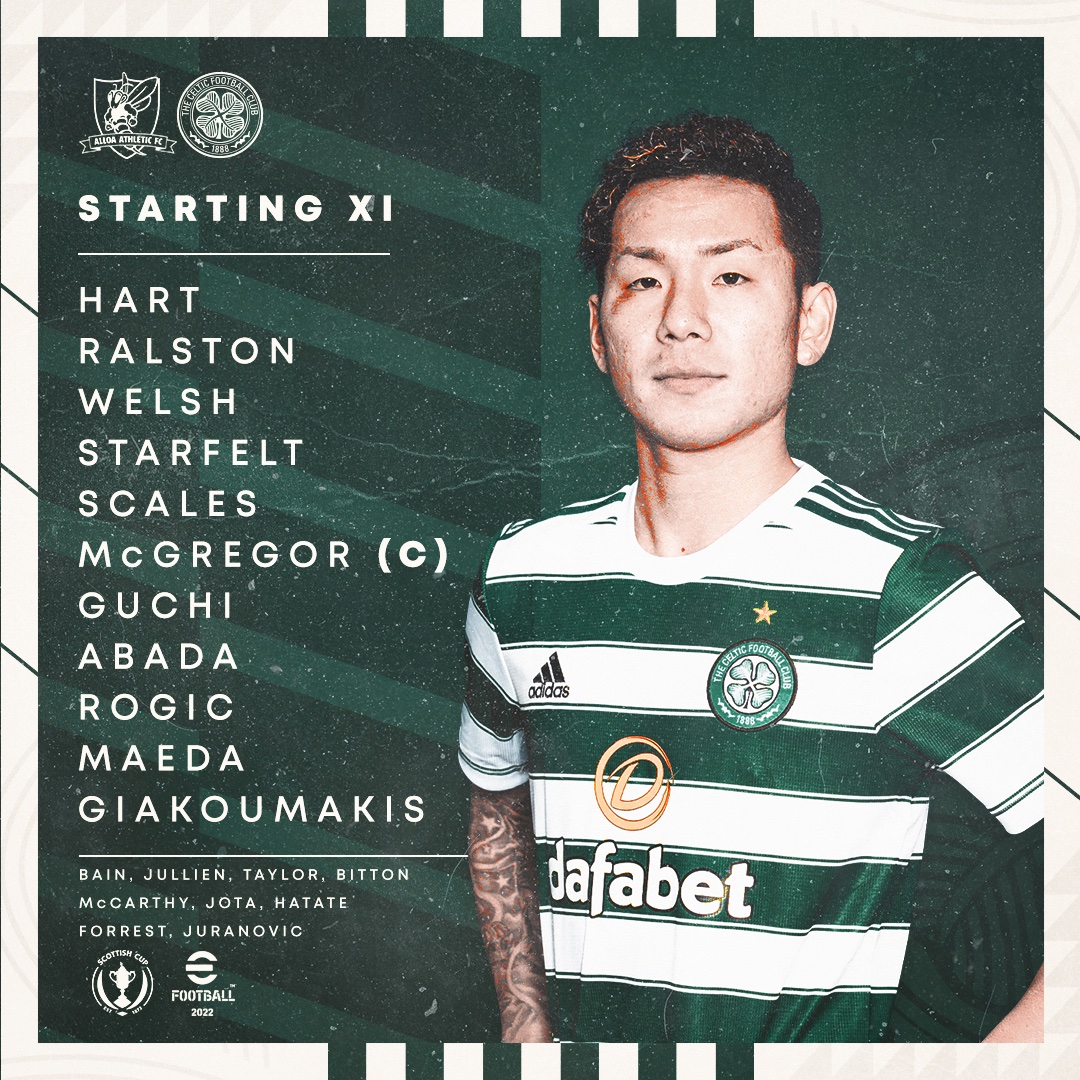 The bench is ridiculously strong and Christopher Jullien is back in the squad, taking his place in the dugout.

The Hoops are looking to bring back the Scottish Cup to Celtic Park after taking a trip to Perth last season during the pandemic era of football.

If Alloa was hoping for a weak Celtic side, seeing that squad will certainly confirm they’re up against it from the off.

Ange goes head to head with former Ibrox player Barry Ferguson on the touchline in what should hopefully be a comfortable win for the Hoops.