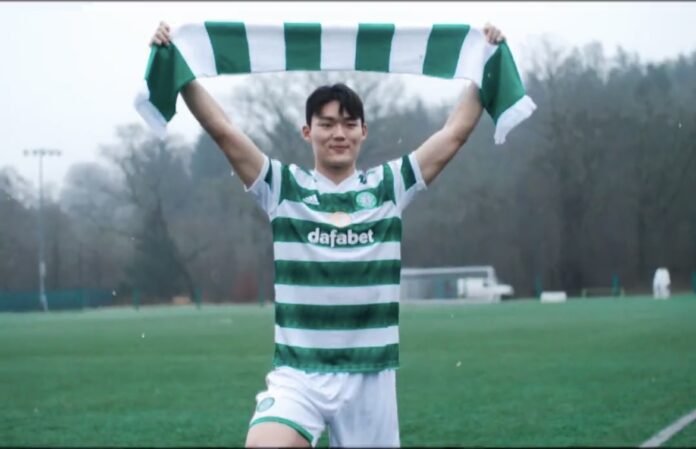 The 21-year-old had reportedly been in Glasgow the past few days as he completed his medical at the Scottish champions before putting pen to paper to sign a five-year deal.

All three players have already had the chance to pull on the Hoops and will hope to make an impact for the remainder of the season.

The former Suwon Samsung Bluewings will now have to compete against Kyogo Furuhashi who has been in fine for Celtic this season having scored 20 goals so far.

He is the likely starter up front which has been much to the disappointment of Giorgos Giakoumakis who is still likely to leave the Hoops this season but Postecoglou has yet again been one step ahead in the market to recruit another striker.

Oh looks very much in the mould of a player which the manager favours as he is versatile and can also play on the wing.

He was on the fringes of Korea Republic’s World Cup squad but reportedly sacrificed his spot for Spurs star Son Heung-min.