It is the end of a decade, one of the most successful decades in the history of Celtic Football Club and it has just one more game to go, the Glasgow Derby.

Despite all the success of the last ten years Celtic fans will be still pleading for a win today against their city rivals. Three points today will see the Bhoys off into the new year and the winter break with an eight-point cushion in the league.

There has been a lot of hype about how improved the Rangers are this season but the truth is they were better off in the league this time last season, a win today will silence the media.

I must admit I had this team already down with Ntcham starting, it looked like Lennon had favoured this selection the last few weeks and with the midfield battle on the cards today I would have thought Ntcham got the nod. Instead, Lennon has chosen attack by starting Mikey Johnston. The academy winger only signed a new five-year deal yesterday and will be looking to prove his manager right today.

The rest of the team does pick itself, there are no surprises in the team, hopefully, every Celtic player shows up today and we can all head into the new year buzzing. Kick off from Paradise is 12:30. 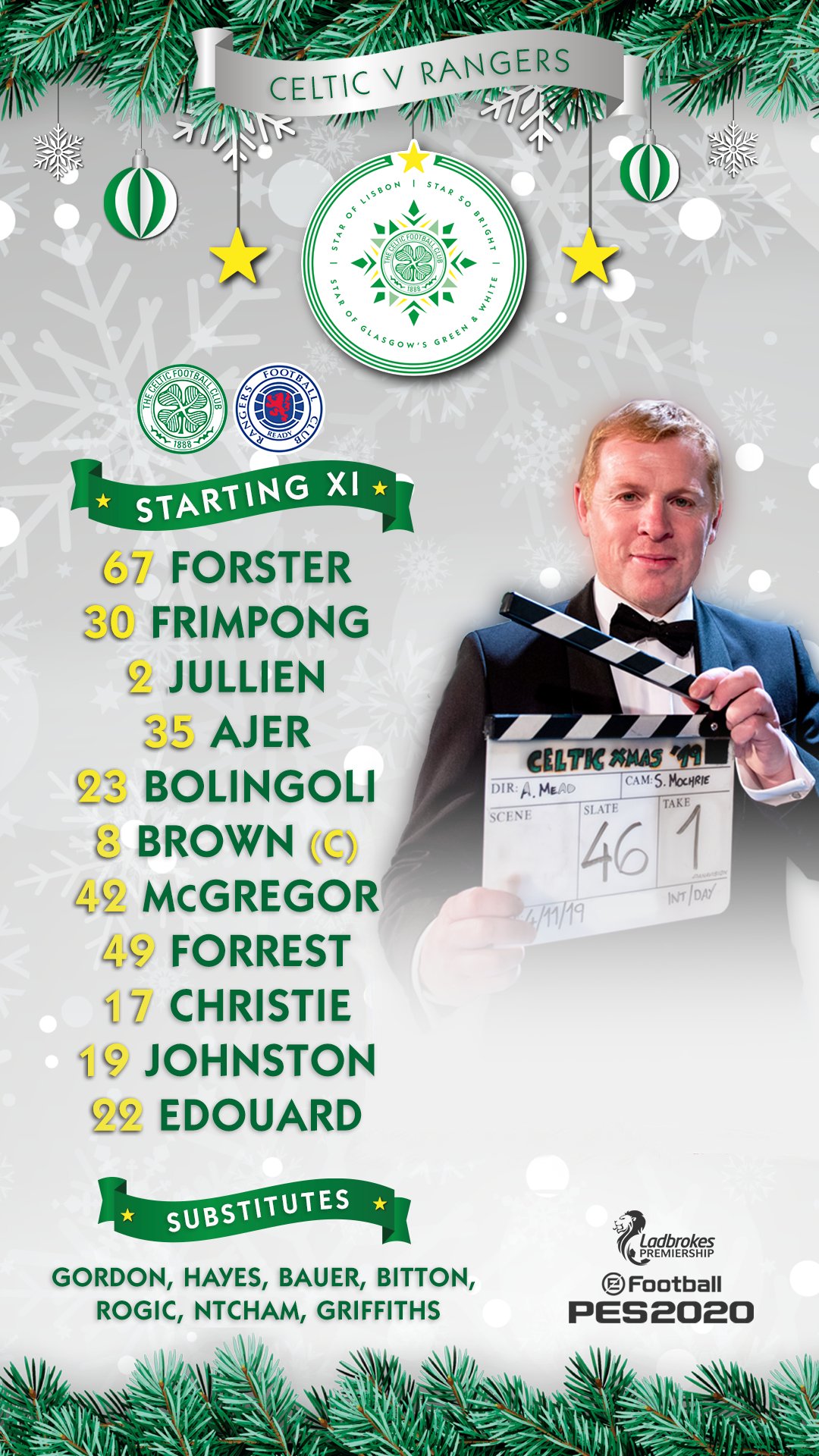