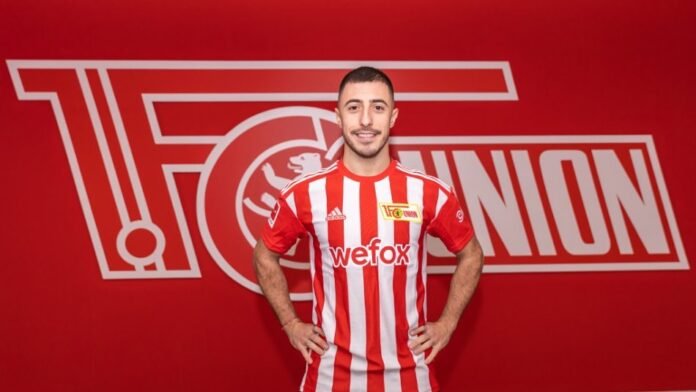 Josip Juranovic is no longer a Celtic player with uNion Berlin confirming on Sunday afternoon they have signed the Croatian. [Union Berlin]

Josip attended the Celtic vs Morton game on Saturday afternoon before flying out to Germany to complete a medical and sign the deal.

Juranovic is the first of Ange’s signings to move on. The defender came in 18-months ago and was a vital part of Celtic taking back their SPFL trophy and League title.

He has been a breath of fresh air in the dressing room and was well liked among his teammates.

Ange wished him well this weekend as Josip got set to leave for Berlin.

The defender will now be part of a side challenging for a top four position in the Bundesliga.

Celtic have already replaced JJ with Alistair Johnston in this transfer window. The Hoops were well ahead of the game in that respect.

The bhoys move on quickly. SPFL duty resumes next weekend with a tricky away day at Dundee Utd.