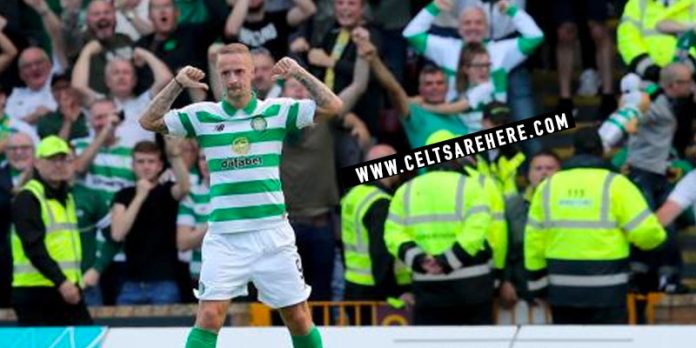 The player has just come back from injury and has looked rusty in his substitute outings as well as his start in Cluj.

The frontman has dealt with a lot over the past 12 months and after an initial comeback, lack of fitness and injury meant there was more frustrating time on the side lines.

People in the media and some of our fans are already writing him off because he’s not looking like his old self. These things can take time and Neil Lennon believes the Dubai training camp could be the making of Leigh’s season.

“It’ll be important for Leigh and he knows that. He can be an asset for us.” Neil Lennon told CelticTV.

“He won’t be going anywhere on loan, he’s too good a player for that and he’s not making waves to go.

“Day by day, week by week, he’s looking better in training. If we can get him fully fit for the long haul, there’s no way I’d let him go on loan.

“He seems happy and he doesn’t seem distracted by anything.

“He’s making good progress and he’s very willing. We gave the boys a day off on Thursday and he came in — that’s a really good sign for me.

“I don’t know if he’d have done that in the past, probably not. He knows he’s got to stay on top of things and he’s doing that as best he can.”

This should shut down any chat of a Leigh Griffiths Celtic exit in January but that’s not how these things work and pundits as well as press will continue the narrative – especially if Celtic sign another striker in the upcoming window.

All isn’t lost and Leigh actually putting in the hours on the training pitch will go a long way.