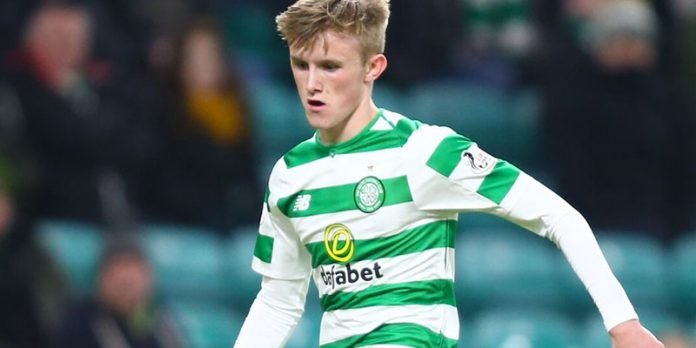 On Thursday night, Celtic midfielder Ewan Henderson made his first competitive appearance under Ange Postecoglou in the 3-2 win over Real Betis.

The 21-year old made a good account for himself, grabbing the second goal of the goal just moments after coming on the park.

Henderson has found minutes hard to come by this campaign, with only a few appearances on the Celtic bench. However, he was given the opportunity to impress off the bench, replacing Kyogo Furuhashi on the 70th-minute mark.

Now could be the chance for the Lennoxtown academy graduate to grab another opportunity in the first team, with the Hoops having several injury blows in recent weeks.

Midfield is an area of the park which is strong, in terms of the first-team options, with Callum McGregor, Tom Rogic and David Turnbull deploying that position brilliantly so far this campaign.

However, there is the need for some back-up to those players, so now could be the perfect opportunity for Henderson as Ange looks to use his squad during an extremely busy run of fixtures across this month.