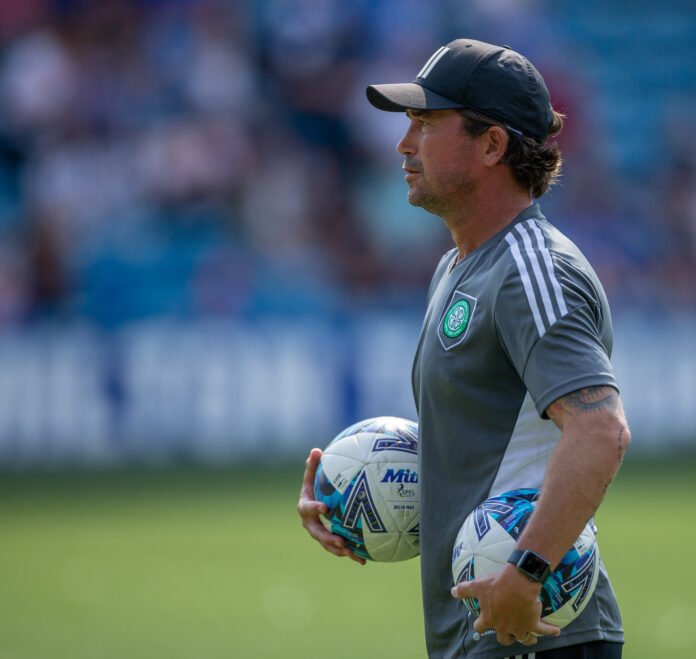 Celtic Coach Harry Kewell has been spotted at Socceroos training in Qatar and shared a few words with midfielder Aaron Mooy.

The pair have been reunited after Kewell headed back to his homeland with the rest of the Celtic contingent to compete in the Sydney Super Cup while Mooy jetted off to meet up with his international teammates in Qatar.

The former Champions League winner is an Australian footballing legend and it’s great for Graham Arnold to have someone of his stature visit the team.

Mooy played the full 90 minutes for his national side on Tuesday evening as they were on the receiving end of a 4-1 defeat by reigning world champions France.

He had been building up his minutes in the past few weeks at Celtic to prepare him for the tournament.

Kewell who joined the Hoops as a coach in the summer, headed for Qatar after the completion of the Sydney Super Cup to join major Australian broadcaster SBS to commentate on Australia’s World Cup matches.

After his first match on co-comms he received plenty praise from Aussies who had tuned in to watch their World Cup opener with many commenting on his knowledge of the game.

Kewell will be heading to Portugal after the short time off to once again meet up with the Celtic squad at a warm weather training camp where they will be put through their paces to get set for the return to domestic action against Aberdeen on Saturday 17 Decemeber.