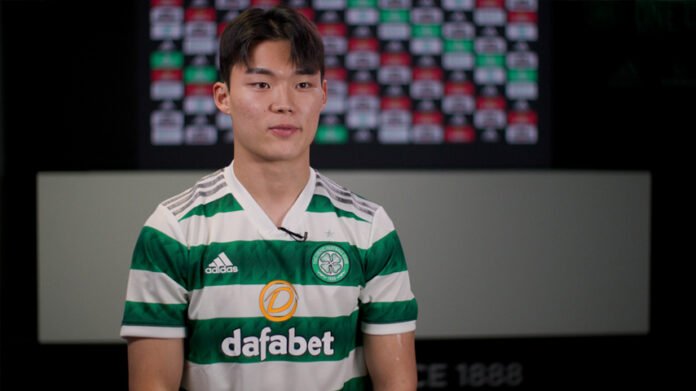 The transfer fee for the player has not been disclosed and he has signed a five-year contract with the Scottish Premiership leaders.

The new Celtic striker has already taken part in his first training session on Wednesday and had the opportunity to meet his teammates on Tuesday afternoon while being shown the facilities.

Oh seems delighted to be in Glasgow having always dreamed of playing football in Europe.

His enthusiasm really comes across in his initial chat with the club. After his morning training session, the South Korean took to social media, posting images of himself in the Hoops with the tagline ‘see you soon’.

We’ve no indication yet of when Oh will make his Celtic debut. CeltsAreHere will sit down with the new Celtic signing on Thursday afternoon. We will share that chat with our readers afterwards.

The bhoys have no midweek game, so they’re gearing towards the game against Dundee Utd on Sunday. A game away at Tannadice can be a tricky tie for the Hoops, it’ll be interesting to see it Oh makes the squad.