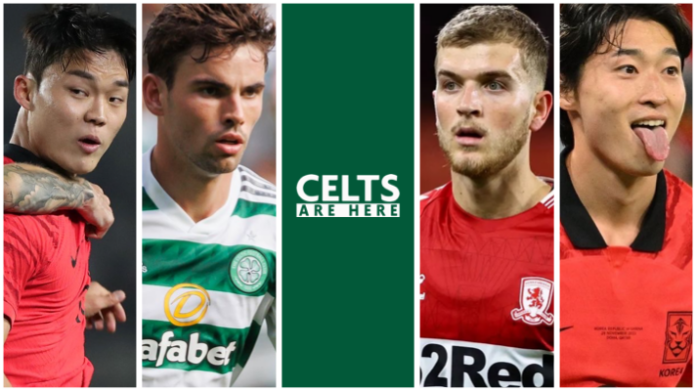 One year on since Celtic completed the signing of Matt O’Riley and similar transfer saga appears to have played out once again this month.

The 21-year-old forward may just be the last addition to Ange Postecoglou’s squad during this window as he admitted that there was room for one more player after already adding Yuki Kobayashi, Alistair Johnston and Tomoki Iwata to his squad this January.

Much of the attention during this window in the media has been focused on Cho Gue-sung who also features in the K League for Jeonbuk Hyundai Motors and starred for his national side at the World Cup In Qatar.

The striker has previously spoken of a desire to play in European football and his agent confirmed that Celtic did show an interest in the player and reached out to get the deal done [Daum].

That deal looks as though it is off for the time being but it seems fitting that a year on from Matt O’Riley joining the club a similar episode has played out.

Like Gue-sung, much of the attention last January was focused on Australian international Riley McGree who opted to join English Championship Middlesborough instead of Celtic.

Less than a week later, Postecoglou made a move for highly rated midfielder Matt O’Riley from MK Dons and triggered his release clause of £1.5 million.

Both these sagas once again show that the media really don’t have too great a grip on what targets Celtic have pinpointed and how deals are progressing.

Unlike years gone by, the club don’t appear to be putting all their eggs into one basket and have a range of options to explore when looking to bring in a player which is testament to the good work done by the likes of Ange Postecoglou, Frank Trimboli, Mark Lawwell and Michael Nicholson.