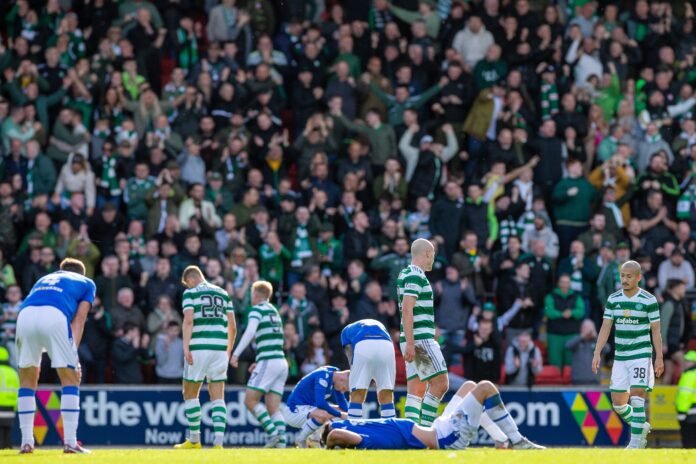 Cameron Carter-Vickers was given the captain’s armband on Saturday against St Johnstone, the bhoys leaving it late against Callum Davidson’s men.

Callum McGregor’s injury presented an opportunity for someone else to step up. Joe Hart would have been the obvious choice from a dressing room perspective, but having someone wearing the armband in an outfield position is always preferred.

Some people will see captaincy as arbitrary and I think if you were to ask Ange about it, he’d start pointing out all the leaders in his dressing room.

However, being given that arm band can give you an extra boost and that extra bit of licence to rally the team. CCV was given the nod and you could see him being vocal throughout the game.

You could then see him in the stands picking up Celtic fans after the last gasp winner. As captaincy debuts go, it’s a memorable one for the Unites States international.

We hope to see Cameron keeping the armband for the foreseeable future until Callum is back. There will be times when James Forrest is on the field where it could go to him, but that’s out of longevity rather than someone who can rally the bhoys. James is a good Celtic man and has been a great errant but he’s a very quiet individual.