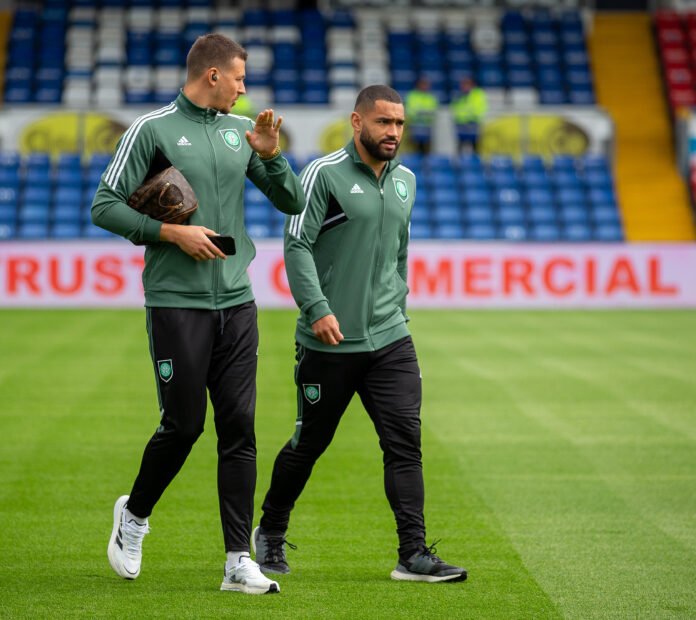 CAMERON CARTER-VICKERS has returned to Celtic training after he missed the side’s midweek trip to Madrid.

Ange had said the defender was sore after the 3-0 win in Livingston, with the plastic pitch Celtic played on last weekend doing the player no favours.

👀 The Bhoys are back in #cinchPrem action tomorrow!

Carl Starfelt was rushed back into the side in Spain to fill in for Carter-Vickers’ absence, with the Swedish defender admitting he won’t be 100% this side of the World Cup.

We can expect Carter-Vickers to slot back into the centre of defence at the weekend when Celtic host Dundee United. Ange will then decide who plays next to him, Starfelt or Jenz.

The Swedish defender played well on Wednesday night and, fully fit, would probably start next to the American on Saturday. But Ange might decide it’s not worth the risk, with there no rush to get Starfelt back into the team.

Carter-Vickers will likely wear the armband at the weekend, after Joe Hart wore it for Celtic’s final CHampions League tie.