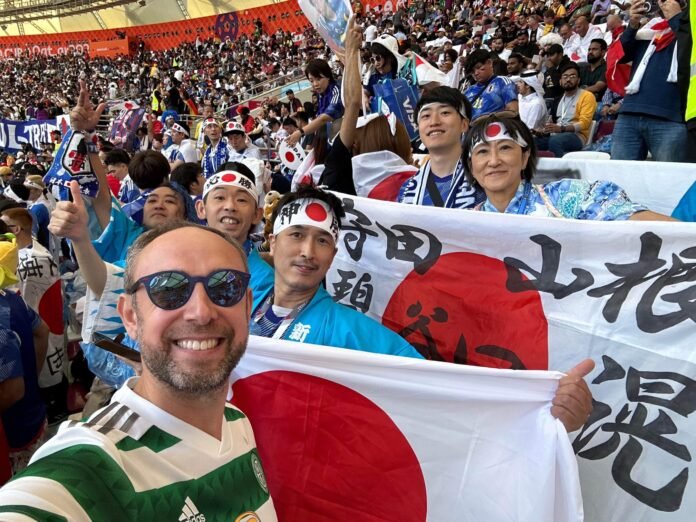 A few Hoops jerseys have been appearing at the World Cup with the latest being spotted during Japan’s thrilling win against Germany.

Current Celtic forward Daizen Maeda started up top for his national side in the opening game of Group E but he wasn’t the only Celtic connection in the stadium.

Maeda had the ball in the back of Manuel Neuer’s net but it was rightfully chopped off for offside.

The game was an absolute cracker with Japan pulling off a monumental  upset to beat Germany after going behind in the game with goals coming from Ritsu Doan and Takuma Asano.

Former Celt Chris Sutton is on commentary duties for BBC 5 Live but Celtic fan Jamie Lovell has got in touch with us who attended the blockbuster match.

He is attending 14 matches at the World Cup and hails from Chirnside in the Scottish borders.

It is always good to see the Hoops represented at a tournament and see the famous colours in the crowd.

Japan have truly put the cat among the pigeons in their group and have sent out a warning to Spain ahead of their tie next week.