Neil Lennon will be happy to be returning to Celtic Park this evening with a 3-1 cushion against Sarajevo that his team earned away last week. Lennon will know all too well this job is far from done.

With the Bhoys still working hard to gain full match fitness and sharpness fans will be hoping to see more progress tonight at Paradise.

Celtic already know that if they beat Sarajevo tonight that their next trip will be to Estonia to face Kalju FC. Neil Lennon stated earlier that he is chasing at least another four signings before the transfer window slams shut.

One position that needs to be filled sooner rather than later is the problematic right back hole. With Mikael Lustig, Christian Gamboa and Jeremy Toljan all leaving Paradise at the end of the season, Neil Lennon is left with just Antony Ralston for the position.

That must have had a big part to play in Lennon’s selection and formation tonight. Ralston is on the bench with Kris Ajer expected to be picking up defensive duties on the right-hand side as the team will probably shift formations when they were with and without the ball. 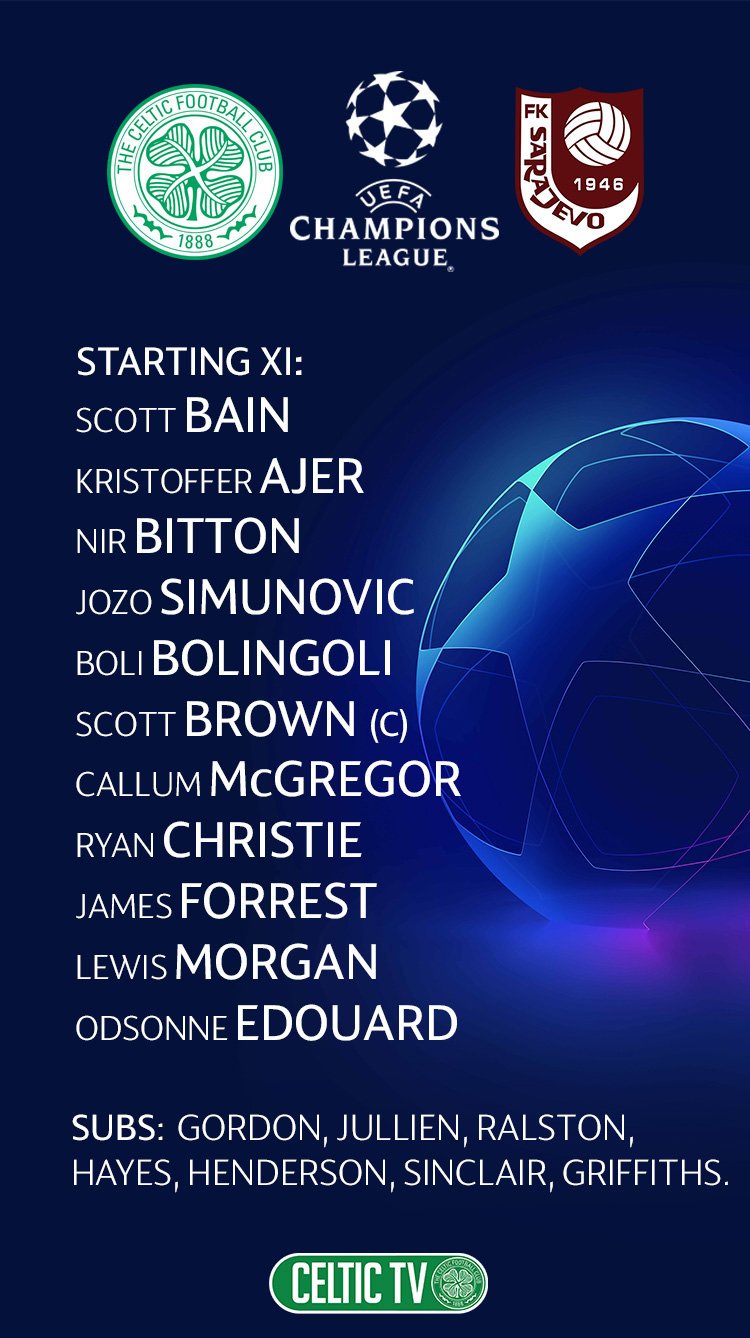