Final preparations have been taking place this morning ahead of an emotional day for the Celtic family.

Today is the day our leader Billy McNeill is laid to rest but not before he gets a send off befitting of a Celtic Legend. The club were this morning finalising the arrangements outside Celtic Park where Billy will stop past one last time on his way to his final resting place.

A large TV has been set up outside the stadium for fans who want to watch Billy’s funeral mass from the Celtic Way before the cortege makes its way to Celtic Park around 1:30pm this afternoon. The club has also hired stewards and are setting up railings on London Road which will be closed from 10:30 am this morning.

Thousands are expected to line the streets for Cesar today as fans get to say their goodbyes. 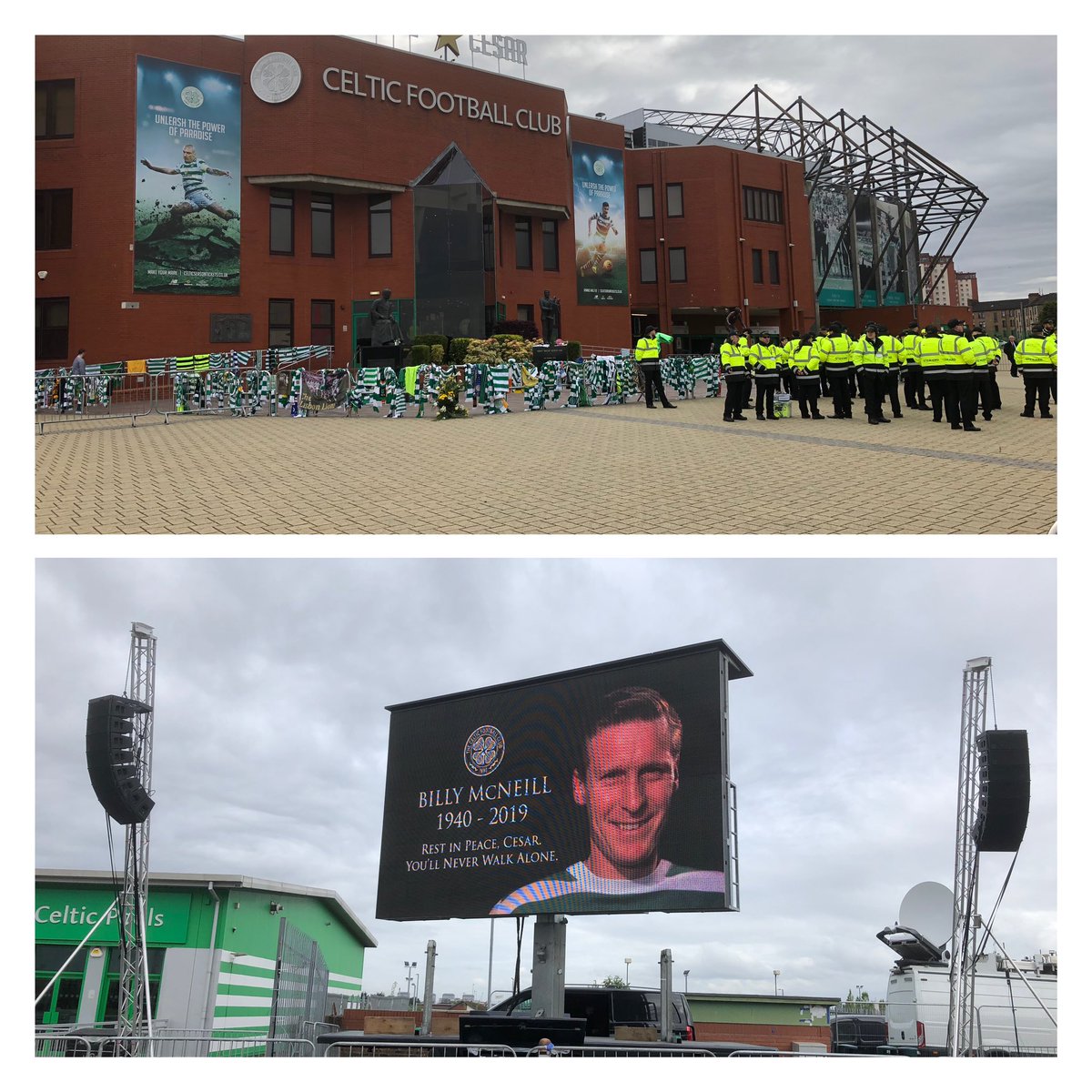