Greg Taylor has been a standout player since the arrival of Ange Postecoglou at Celtic last summer and the defender just keeps on getting better.

Having arrived at the Scottish champions during the summer of 2019, he was never consistently picked under Neil Lennon with the former Kilmarnock fullback really coming into his own under Postecoglou.

He has become an expert playing the inverted fullback role and thrived under the system being one of the most reliable players at the club.

Many thought that when Celtic brought in Argentinian fullback Alexandro Bernabei that the 24-year old wouldn’t feature as much but he has once again proved his doubters wrong and is undoubtedly the first choice pick in the position.

He came up with the winning goal at Tynecastle during the 4-3 win after he latched on to Liel Abada’s deflected shot and added to his goalscoring tally with a stunning strike just after half-time in the 3-0 victory away to Livingston. 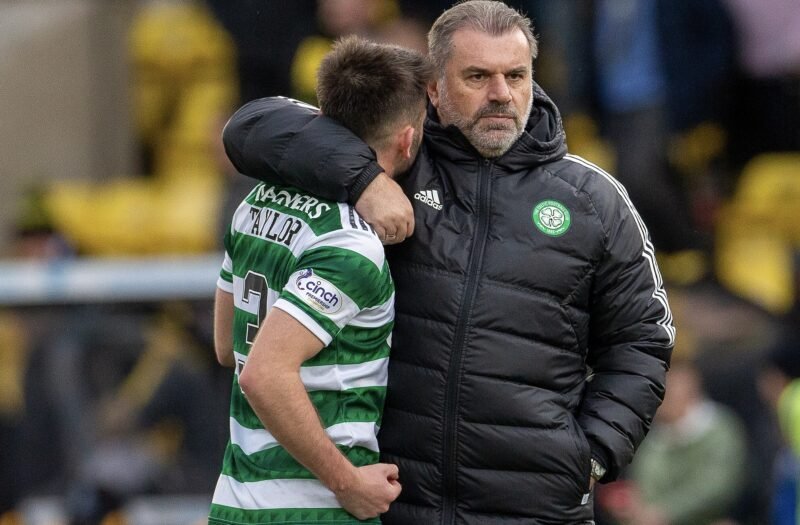 If the Scotland international keeps up this form he will surely be in the running for player of the year at the end of the season. He has been a top performer for the Hoops so far and is now beginning to enjoy a goal.