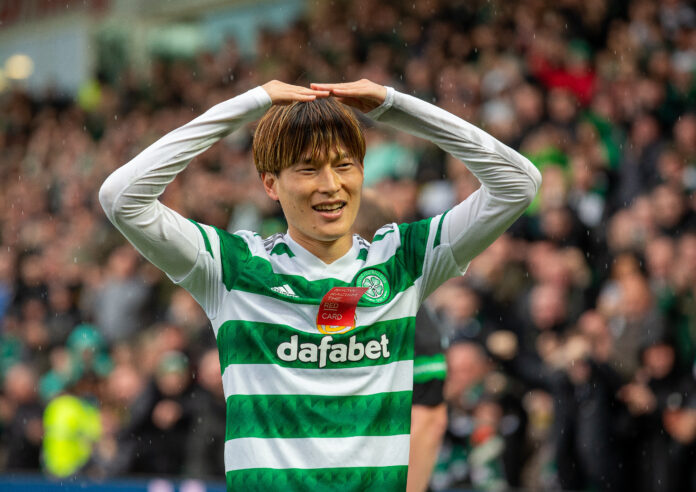 KYOGO was surprisingly left out of Japan’s World Cup squad, with the nation announcing the selected players for November’s competition earlier this week.

The news came as a surprise for the striker. Maeda kept his spot in the team, while Hatate missed out on a call-up; however, he wasn’t expected to make the cut having not played a significant role in Japan’s previous matches.

The Celtic striker hasn’t been on his blistering form of last season but has been far from poor.

While saying he must remain focused, he also opened up on his encounter with Daizen Maeda after the squad was revealed, detailing a brief conversation. [Kyodo]

“I think all I can do is develop more and get my preparations right.

“Like always, my mind was on the things I could do to help the team,” said Furuhashi. “I wasn’t especially thinking about anything, just that each game is one game, and it’s important to stay focused on what’s in front of you.

“Well, I only just saw him before the game, so I said, ‘Congratulations,” and he said, ‘Thank you very much,’ and that was about it,” Furuhashi said.

It must be disappointing for Kyogo; he was expected to be on a flight to Qatar and will likely never have the opportunity to play on such a stage again. He’ll be 31 by the time the next World Cup comes around, with his best years likely behind him by that time.