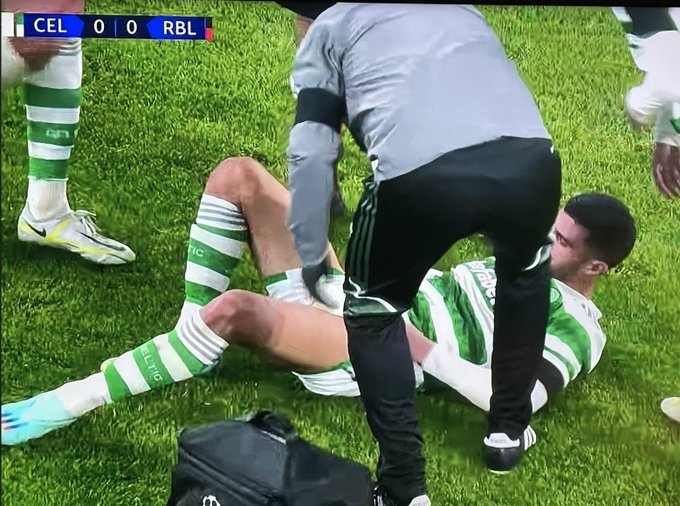 LIEL ABADA had to go off with an injury the first half of Celtic’s Champions League tie against Leipzig on Tuesday night.

The Israeli winger started the tie out on the right, but couldn’t continue after suffering a knock while trying to make things happen up the field for Celtic.

We already had Jota out before the game and seeing Abada go off in the first half was another blow to the team.

Speaking after the game, Ange was quite positive about Liel’s chance of a quick recover.

“I don’t think it’s anything too serious. I think it was more of a dead leg than anything so hopefully nothing serious.” Ange confirmed, as cited by Glasgow Live.

James Forrest replaced the youngster and acquitted himself very well.

In the end, it was another game where Celtic didn’t take their chances and were eventually punished. We have competed for periods of games and made lots of chances but we’ve been incapable of being semi-competent in front of goal.

James could be pushing for a start at the weekend against Hibs if Liel doesn’t recover in time. Fingers crossed Jota is back by then.