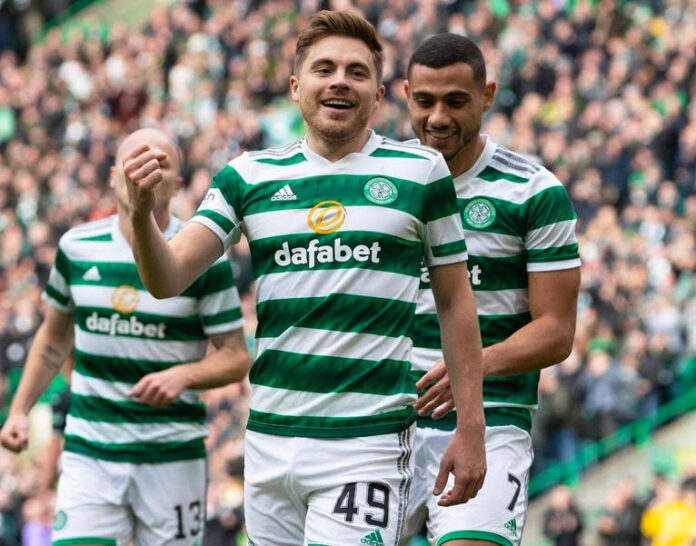 Celtic are looking to bounce back to winning ways today against Hibs in the SPFL after a midweek defeat in the Champions League at the hands of Leipzig.

A much-changed team sheet might have created a few nerves amongst the faithful prior to kick off but any nerves got put to bed early with a blistering opening twenty-five minutes from the Hoops.

Hakšabanović looked like a man possessed from the first whistle and looks like an ideal replacement for the much-missed Jota.

It was Hakšabanović who set up James Forrest for the first goal with this pin-point ball for a tap-in and Jamesey’s 98th goal in a Celtic jersey.

It was only ten minutes later when Giakoumakis got off the mark with a cracking ball from Bernabai creating some deja vu from last weeks late late winner.

Within twenty-five minutes of the first half, James Forrest who is only making his first start of the season now finds himself one goal away from a century of goals for the Hoops thanks to this bizarre howler from David Marshall.

Looks like job done, will the Champions hunt down more goals in the second half or play keep ball and run Hibs into the ground?