CELTIC will be in the draw on Monday for the third qualifying round of the Champions League even before a ball is kicked in the second. Such is the tight timeframe between qualifiers at this stage in the season, the need to draw game ahead is a must. That means Celtic and Kalju will be in the draw and will find out who their next opponents may be.

The club will be seeded and dodge last years semi-finalists Ajax, as well as Copenhagen and our familiar friends Rosenborg. However, there are some difficult teams in the unseeded section Celtic should be wary of if they qualify.

PAOK FC, Cluj, Maribor and Quarabag could all be potential opponents. Here is the full list below. 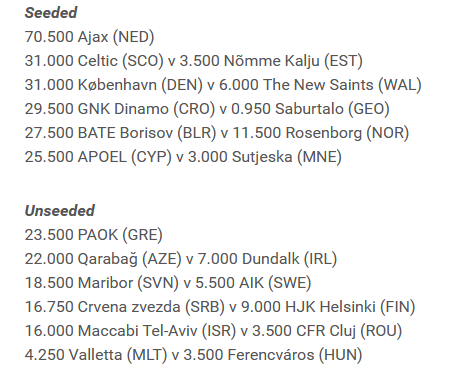 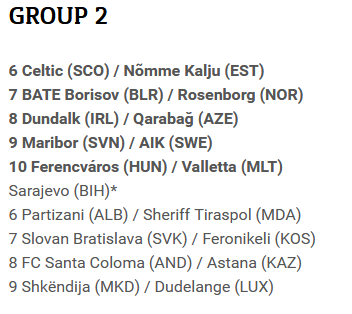 As always, thanks to Europe Twitter Bhot @Moravcik67_ for the information.

The draw will take place Monday at 11am Celtic Park Time.

On This Day: ‘Fire at Celtic Park’

The Vault: “It’s true. Didier could have become a Celtic player”