This is the moment Jota, who was a substitute on the day, grabbed the ball out the back of the net to get the game started back as quickly as possible during Celtic’s 2-1 victory over Ross County.

The Portuguese winger showing the kind of team spirit you don’t see in every team. He might not be on the pitch and getting the glory, but he wants to see his team go and get the winner.

Is that Jota, a sub, running into the net to grab the ball? 😂 https://t.co/ouGfu2dQq9

The bhoys came from behind on Saturday against Ross County to bag all three points and stretch their lead at the top to nine before the World Cup break.

A dubious VAR decision gave Ross County a penalty kick just after the break, putting the Highland side up 1-0 on the day and hoping to hold onto the lead.

Reo Hatate had other ideas, and his incredible movement unlocked the Ross County defence, assisting David Turnbull in the first goal. Celtic fans created a fantastic atmosphere after the poor handball call from VAR, and when the goal went in, everyone was ecstatic.

You could see Jota at the side of the pitch willing the ball to go into the net, and when it does, he was there to quickly retrieve it so the bhoy could get the all-important second. Haksbanovic would get the winner 6 minutes later, ensuring the Hoops head into the World Cup break with a nine-point lead.

We never stop. Even when we’re subs!

On the handball incident, Matt O’Riley confessed there were some strange decisions going against Celtic as of late.

He told Celtic TV: “I don’t really know what else I could have done to be honest. I had my arm by my side and I don’t know if the ball hit my arm or hip first. It’s one of those ones.

“We’ve had some strange decisions go against us to say the least but that won’t stop us.”

We seem to be concerning these soft penalties on a regular basis.

Ange Postecoglou is sick to death of discussing VAR and believes it’s now counter-productive to Celtic. Talking about the penalty call on Sportsound, the Celtic boss said: “We don’t have to talk about it. I think me talking about it the last few weeks has done my football club no favours. 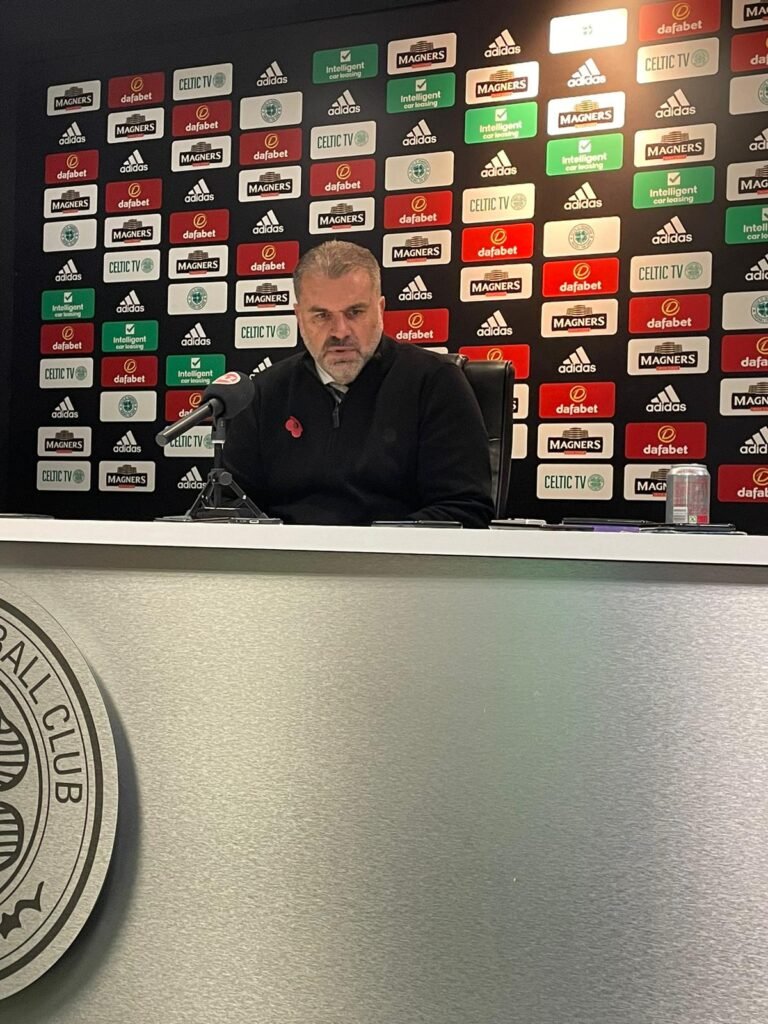 “I’ve said my piece on it and from my perspective, what I’m focusing on is a group of players who are doing this football club proud.

“We just have to keep winning. Score a couple of goals more than the opposition and not let anything else get in the way of us winning.”

Ange had made it known over the last few weeks the implementation of VAR was very poor. Declaring there should be no reason for the Scottish league to need to make mistakes with VAR already in use across the world of football.

The manager is right; we need to keep finding a way to win despite the nonsense around us at times.

The official Celtic page posted a ‘Big ‘W’ after the game on Saturday, knowing what it means going into the break.

Celtic went from two points ahead coming back from the last international break to now find themselves ahead by nine points as the game stops for 6 or so weeks.

The Hoops are back at Christmas time. They have an away day at Aberdeen on December 17th, quickly followed by two home games against Livingston and St Johnstone before Christmas. The Livingston game is a rescheduled tie when the football was postponed earlier this season when the Queen passed away. After the Christmas fixtures, the traditional New Year derby against The Rangers is back!