FOOTYHEADLINES were on hand to confirm the leaked New Balance kit will be the one worn by Celtic this season after it dropped online on Thursday. The top kit site confirmed New Balance’s latest effort at a Celtic third kit and it has not gone down well with a lot of fans online.

The third kit gives New Balance a bit more licence to design something a bit different but this shirt is just all types of wrong from where we’re sitting. We’ll be hoping Celtic don’t sport this jersey that often!

There was a fan design online that fans were pushing for all summer and one that would have gone down an absolute storm had New Balance had their fingers on the pulse.

The design in question was black and dark green with pinstripes with a grey Dafabet and New Balance logo.

The fan design below just looks so much better and if you put it up against the actual kit, it makes the pink jersey look worse. 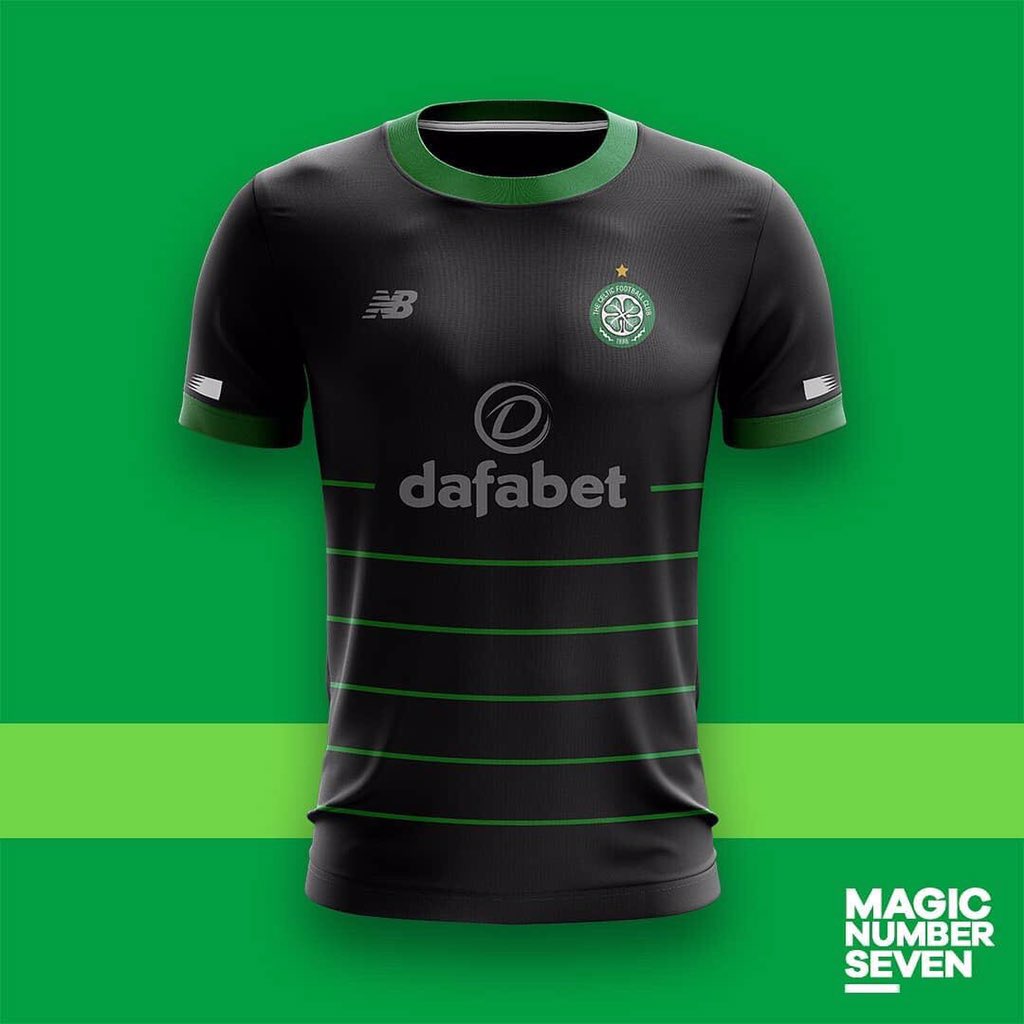 We’re sure the pink jersey will have some support but it’s a no from me! Let’s crowdfund this black kit!